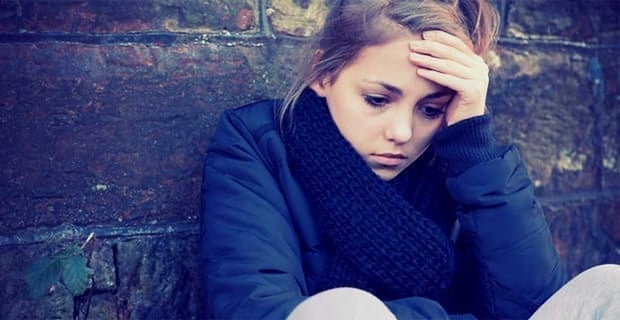 Depression and teen sex has been a correlation for a long time now, but a new study suggests all sex isn’t bad for a teen’s emotional state — only casual sex.

The study, coming out of Cornell, is one of the first to look at the context surrounding teenage sex lives instead of painting them all with the same broad strokes.

Jane Mendle, the study’s lead researcher, found teens who were having sex within committed, healthy relationships showed no elevated risks for depression compared with teens who weren’t having sex, but sexually active teens who were simply hooking up showed three times the chance of suffering from depression.

“The younger the teen having casual sex,

Overall, the younger the teen having casual sex, the more likely they’d experience depression, though gender didn’t play a role in these findings, as both males and females suffered depression at the same levels.

Environmental and genetic factors were also ruled out because Mendle looked at data collected from sibling pairs.

However, Mendle noted her study couldn’t determine whether casual sex itself caused the depressive behavior or whether depression leads to casual sex among teens.

Even so, Mendle surmised her study suggested “adolescent dating and sexuality can be viewed as normal developmental behavior.”