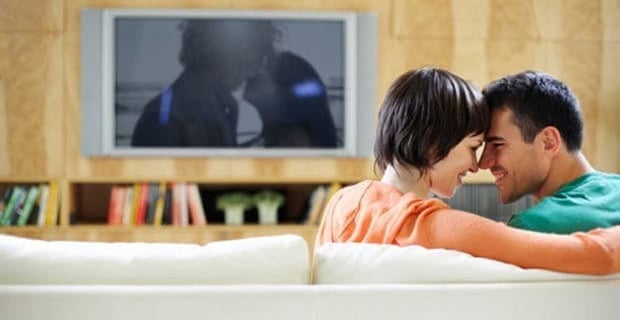 Watching Romantic Movies Together Could Improve Your Marriage

Could watching “Gone with the Wind” somehow save your marriage? It may not be as crazy as it sounds.

New research is examining whether films and discussions about the topics they evoke might help couples get past that famous three-year itch.

A study from the University of Rochester found couples who have regular conversations about the issues faced in certain films and then relate those feelings to their own marriage may be curbing divorce rates just as much as counseling would.

According to the study’s author, discussing films helped split the common divorce rate among newlyweds by more than half at the three-year mark.

Of the 174 couples involved, one-third of the group were asked to watch one of the many listed films each week and then discuss it using a questionnaire related to the marital issues involved.

By three years in, those using the film technique reported only an 11 percent divorce rate, as opposed to the typical 24 percent usually seen among newlyweds.

“Those using the film technique

According to the study, 11 percent is approximately the same rate as is seen when standard marital therapy is involved.

“Taking time to sit down and take an objective look at your relationship with your partner is going to be helpful for any couple at any stage,” said Ronald Rogge, the study’s lead author.

“They can make it a yearly thing they do around their anniversary – watch a movie together and talk about it,” he said. “That would be a fantastic thing to do and a great present to give themselves each year.”

Among the classic titles Rogge recommends are 1967’s  “Guess Who’s Coming to Dinner?” which deals closely with interracial dating, and 1981’s “On Golden Pond,” where old family wounds plague an aging couple.

The study appeared in the Journal of Consulting and Clinical Psychology.