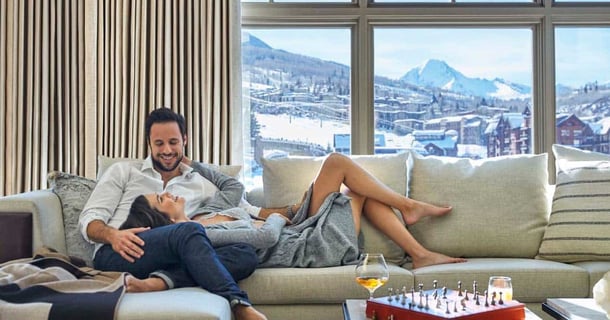 The tides are changing when it comes to women getting married.

No longer are the traditions of June Cleaver, Carol Brady and other housewives with children thought of as the norm.

What was once considered the ideal lifestyle and dream of girls growing up everywhere has now become more of an option rather than an individual mandate.

But for men still looking for one who’ll say, “I do,” hope is still alive and well. You just have to learn to play the game.

I know a few women who’ve never married and are well into their 40s and 50s. To help gather some info for this article, I contacted each one and asked for thoughts on why they’ve chosen their paths.

Surprisingly, all were more than happy to help me out.

Most had the same items in common:

One said she just didn’t think she could ever feel comfortable having someone in her life all the time, or hers in his.

Another had a huge fear of being controlled. Two said they were children of divorce and violence at the hands of their fathers.

Overall though, most claimed having their freedom remained their most cherished reason for remaining single and that marriage simply didn’t appeal to them on a personal level.

For those of the male species still wanting to walk down the nearest aisle, possibly have children and enjoy the happiness of sharing your life with the woman of your dreams, don’t let these factors keep you from looking.

There are still plenty of women eager and willing to become your bride. You just have to look for the signs of those who will and those who won’t.

Here are a few things to consider:

Does she talk about and spend all her time on work-related agendas, preferring this over most social interaction, especially dating? Is her primary mission in life to gain that next promotion or start a new business?

Does she enjoy her time at work more than anything else?

If any of these apply, it’s likely she’s not interested in dating, much less marrying.

But don’t write her off just yet because some women can balance both a professional and romantic life.

Is she stern about making decisions on her own? If you try to make suggestions, or help her in any way, are your efforts quickly discarded or ignored?

If so, she’s an individualist and has no need for another person’s input, particularly a man’s.

Does she have a strong desire to become financially independent? Is she always proudly paying for her meals and entertainment even when you offer? Is she guarded about her money?

Oftentimes, women who place a huge emphasis on having and earning their own money do so to avoid dependence.

“Marriage can be life’s greatest pleasure,

but for some, it isn’t part of their plan.”

If she has children, does she keep them at arm’s length from you?

A lot of women are extremely protective of their offspring, so much so that they’d rather raise them on their own instead of running the risk of giving them a bad stepfather.

Does she still live with a parent or sibling well past the age of 30, 40 or 50? Women who do this may be taking care of a relative in need and have no room for marriage.

This can also occur when their maturity level hasn’t kept pace with their age. However, living with relatives till marriage is considered completely normal in some cultures.

Does she place an irregular value on her relationships with friends, family members or even pets? Are their needs much more important than spending time on finding and meeting “The One“?

Are they who she spends 99 percent of her energy and time off with?

Also, do animals play a huge part in her life?

Even if you marry someone like this, be aware. Chances are you’ll be out the door before the one with the fur.

This can mean so many things, but normally it’s a direct result of their parents divorcing, one or more bad breakups, the death of a lover or a combination of two or more.

Sometimes meeting the right person will turn them around, but it takes lots of patience and a willingness to invest the time.

Do they talk a lot about being cheated on or abused by a former boyfriend? Are they obsessive about discovering if you could do the same?

Unless they can get over their past, chances are marriage will never be considered. Their trust issues just won’t allow a healthy relationship to take root.

If you’re dating a woman who’s looking for marriage, it isn’t hard to see the signs.

Her eyes will sparkle when you talk about your future together, having children or buying a home built for several. Just the mere mention of the word “marriage” will send her screaming to tell her friends.

She’ll include you in family functions, place your time together as top priority, constantly want to learn more about you and begin using the word “we” all the time instead of “I,” just to name a few.

Marriage can be one of life’s greatest pleasures, but for some, it just isn’t part of their plan.

Are you having trouble finding a woman who wants to marry?

What Your Playlist Says About You