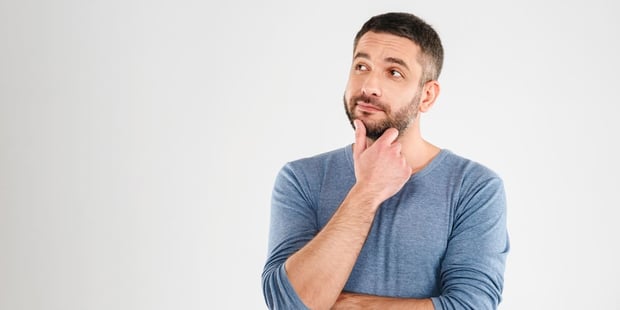 Is He Single? 4 Ways to Know

I have a problem. I recently decided to volunteer at an LGBT organization in order to get some involvement in the community, quench my insatiable desire to help the less fortunate and selfishly find my future husband.

I’m fairly certain I found him, and it’s safe to assume he’s gay given the nature of the organization. However, now I have to determine if he’s single.

The problem is I lack the fortitude to be blunt, open and honest with him for two reasons.

First, directly asking if he’s single is obviously indicative of crushing on him. And I wouldn’t want to suffer the embarrassment of him knowing I have (or had) feelings for him given we have a working relationship.

Second, I gravely fear the soul-crushing response of “I have a boyfriend,” which is just a distant cousin of the hurtful “I am rejecting you.”

So I’ve come up with a few plans…

1. The perks of social media.

Dating in the age of social media has its advantages.

His Facebook profile is currently nonexistent (or at the very least buried in privacy settings). However, once I’ve ascertained a slightly amicable position, I will attempt to Facebook friend him.

My only hope is he displays his relationship status as loud and proud as his sexual orientation.

2. Ask him out without asking him out.

Since I have a working relationship, I’ll simply ask him if he would like to grab a drink.

If he gives me the “I’m seeing someone” spiel off the bat, I’ll quickly come back with, “I just meant to go over a few things for this project.”

3. Trick him into telling me.

I’ll casually ask if he’s going to bring his boyfriend to an upcoming event.

If he responds with, “I don’t have a boyfriend,” I’ll counter with “Oh, sorry. I thought Clare [a mutual friend] said you did,” so it seems less trite for me to have asked in the first place.

4. Trick his friend into telling me.

Next time I’m with someone who knows him well and he’s brought up, I’ll mention, “I think I saw him last night. He was with his boyfriend.”

And if his friend responds with, “Where did you see them?” I’ll cry internally and make up a random spot.

However, if the response is, “He doesn’t have a boyfriend,” I’ll respond with, “Maybe that’s why he ignored me when I waved. That will teach me not to wear my contacts.”

Henry Perkins is a gay progressional residing in Toronto, Canada and currently blogging on his own dating experiences at www.henryperks.wordpress.com. You can also follow him on twitter @PerkinsHenry.

Grab Dating by the Balls

4 Steps to Getting More Dates