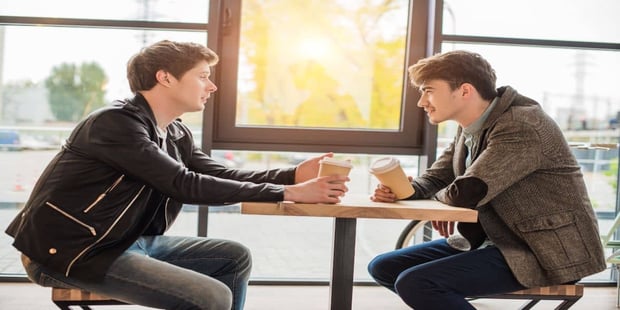 When a first date goes well, you couldn’t feel better. It’s a high that makes dating worth it.

You go away feeling excited about the prospect of seeing that person again, smiling to yourself over the things you said, the laughs you had and the looks you might have been daring enough to exchange.

You might even get excited if you get a text message afterward, confirming it really did go as well as you hoped.

Those first date successes are really something special, and if you end up developing a relationship with that person, it will be those first few hours you’ll look back on fondly.

We put so much effort into that first date because despite some arguments to the contrary, first impressions are generally the most important.

If the first date went so well, what happens on the second?

Whether or not you intended it, you’ve set yourself up against yourself because you’re likely to have been on your best behavior.

This is totally understandable because you want to come across as the nice, fun, sweet and/or cool guy.

The problem, however, is no one is always like this.

The second date, while often overlooked, is of equal importance to that exciting first one.

Hopefully, it will be just as exciting, but you now have to maintain the standards you’ve set for the almost perfect, confident guy you possibly made yourself out to be at first.

This isn’t as bad as you may think. You are that person, even if you’re not able to be like that 24/7.

Think of it like this: Your personality is like sound waves — all you’re doing is amplifying them a bit.

If he comes back for more, your date probably likes what he’s listening to, so don’t be shy.

hold off from getting too intense.”

Here are a few tips for keeping things interesting on your second date:

You probably did the typical thing of talking about yourself on the first date and asking about his background — where he’s from, where he works and what he is interested in.

The second date is the perfect time to expand on that and talk a bit more about those interests.

If you went for coffee and/or a drink on date one, don’t repeat that.

Dinner is a tried and tested option, allowing you both to talk more while being in a different environment.

A cinema date might also work on a second date, but this cuts down on the conversation time while you’re sitting in silence for around two hours.

Going for a leisurely walk is a good option, but more intense outdoors activities such as hiking should probably be left for a third or fourth date.

If you know you both like each other, hold off from getting too intense — conversationally or intimately.

It’s brilliant if you feel a connection, but if you act on it too fast, you may kill it before it has time to lay any foundations.

As well as that, waiting a bit may just build up the tension between you.

That said, there’s nothing wrong with a kiss goodbye, leaving him wanting more!

Scott De Buitléir is a columnist, writer and radio host from Dublin, Ireland. He hosts a weekly radio show for the gay and lesbian community on RTÉ Pulse radio and writes in both Irish (Gaelic) and English for publications in Ireland as well as the U.K. and U.S. For more information, follow Scott @scottdebuitleir

The Dating Rules for Gay Couples