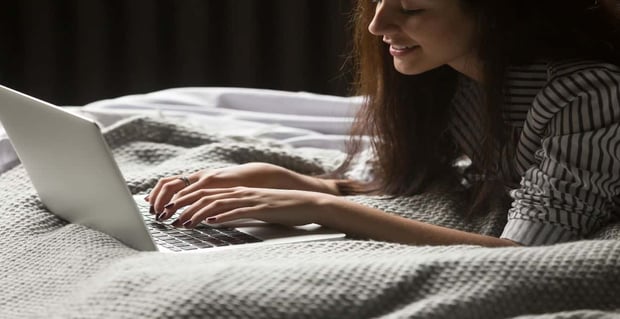 How to Spot a Fixer-Upper Online

Last week I relayed the happy love story of a woman who had met her husband on Match. It was a peculiar story when you took into account what this guy looked like when she first met him.

Here are some unfortunate truths about men: A man without a woman can be very lost.

My sisters and I joke that if our father didn’t have our mother (or his three daughters), he would wear the same dirty T-shirt for weeks in a row, eat only fast food, and live in an RV in a parking lot somewhere. However, my dad’s a great man and a great husband to our mom.

With our four watchful sets of eyes, we keep him cleanly clothed, getting haircuts and eating more healthily. I can’t imagine what he would look like single on an online dating site. Actually, I can and it’s a frightening thought.

You can be sure there are good men online who don’t exactly look like the prince on the white stallion. They don’t have the daughter or girlfriend to keep them in line with what women like.

With a keen eye, you can still spot the diamonds in the rough in the dating world. Here are five things you would be wise to look past in your search for a man via online dating:

Remember, facial hair is totally changeable, and there are so many handsome men underneath unkempt hair. On the opposite side of the spectrum, many men with no facial hair can become sexy with some growth. Facial hair is a temporary problem with a pretty easy fix, so don’t let it be a make-or-break for your perfect guy.

2. Bad haircuts and lack of hair.

Along the same vein as facial hair, as you know for yourself, a good hair cut can do wonders, while a bad hairstyle (or lack of one) can make you unrecognizable to yourself.

Give a guy a spit and polish later on. He could still be very attractive. And bald men can be sexy, too.

“Women who can see potential where

others can’t aren’t competing for men.”

So he wears a T-shirt from a run he did back in 1996. It’s faded, holy and seems like it’s been stored in his wallet. It wasn’t even a good style choice new, but that’s men for you.

Without a woman in their life to tell them how to dress or how not to dress, they often choose to put on things because they don’t smell as bad as other things. This may disturb you, but this is male behavior.

It’s one of those things men need women for, but the best part is it’s very, very changeable.

While some men have evolved a long way in their eating and exercise habits, others need a woman to help motivate them. He may be on the fast food diet and a home-cooked meal for him comes frozen and says “Hungry man.”

The good news is men can usually shred pounds a lot faster than women. Trust me, as soon as he sees how cute you look, he’s not going to want to bring you down by looking bad.

His new eating and exercise habits can transform him quickly. He may just need a woman to motivate him to put in the effort and get healthier.

Maybe they are blurry, maybe there’s a bad crop job or maybe it’s a selfie. Lighting, background and composition are often of zero concern.

Many men are not keen on taking pictures nor have an aesthetic eye for what looks good. As a result, their online dating photos are very lackluster.

Try not to judge a guy on his lack of photos or bad-quality photos. Photo skills are not translatable to relationship skills, so keep that in mind.

Don’t be afraid to ask a man to post different photos and give him suggestions of what to put up. Men will eat up advice from a woman who may be interested in them.

This isn’t the most romantic of online dating articles, but I’m telling you the women who have mastered the skill of spotting the diamonds in the rough are the ones who are getting into happy relationships with great men.

Also, if you’re a man, try changing this stuff for your own online dating. You’ll see a positive result!

Why Do Online Daters Love Camping?

Does Online Dating Make You Anxious?

Are You Too Picky?