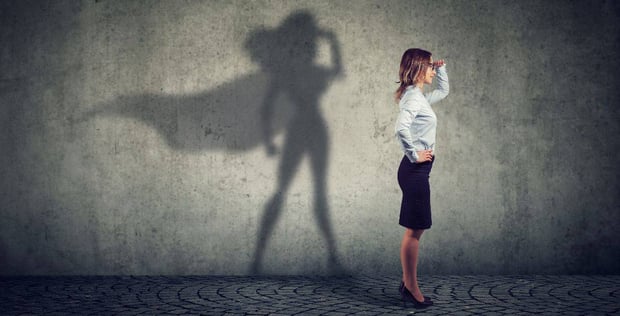 The Love Struggles of the Independent Woman

There’s no denying that today, in this modern and somewhat feminist era, there is an abundance of smart, successful and independent women.

These women have taken control over their lives and have the power to do whatever they want in our society — something that wasn’t possible for generations before.

However, as successful and independent as they are, many of these women have a very hard time succeeding in their love lives. This article will try to explain why this happens and offer possible solutions to these problems.

In one of her articles, Amber Hensley describes the 10 big differences between the male and female brains. The article does a very good job at showing the biological differences between men and women, and for this particular piece, I would like to focus on point two.

Left brain versus both hemispheres

This difference explains why men are generally stronger with left-brain activities and approach problem solving from a task-oriented perspective, while women typically solve problems more creatively and are more aware of feelings while communicating.

First, let’s look at what this means in terms of day-to-day activities.

Having a task-oriented approach means men think in the following manner when trying to solve a problem: “I need to get this done first, and then I can focus on this. Then this other thing, then this and then they all fit into place and help me get this very last thing done.”

If you’re familiar with this, it’s basically how you were trained to sort out any problem – break it down into smaller pieces and take it one by one.

This proves why men are better in some jobs (business, programming) and women in others (teaching, care taking).

The term independent woman is fairly recent, which I think became more popular with TV shows such as “Sex and the City” and women’s magazines such as Cosmopolitan.

The whole idea behind the successful independent woman is she can do anything she wants (have any high-power job) and have no need for a man to take care of her.

This is a fascinating subject because we live in a society created by men. We still live in the so-called man’s world, which creates fantastic difficulties for the aspiring to be successful and independent woman.

Thousands of years ago, when man was killing animals with his bare hands, a difference started to occur between the sexes.

Men were able to do more physically intensive jobs simply because they had bigger and stronger muscles. This meant men were able to hunt for animals while women had a very hard time doing it.

Because of this, men became the providers (hunters) and the women were left behind to take care of the children.

In time, purely based on human biology, women were excluded from most if not all major decisions. Men felt that because women weren’t able to prove themselves (by killing large animals), they don’t deserve to partake in major tribe decisions.

Because women were, most of the time, left out on all these major decisions, the actual mechanics and inner workings of today’s modern society and many of its parts (business/politics) have been built on the male mind (that task-oriented approach).

This makes our current society very much a man’s world.

Sure, it can be argued women always had a major influence among powerful men, but that only argues decisions, not the actual undertaking of these decisions, which have most of the time been orchestrated by men.

How does this affect the independent woman?

Today, everyone is equal. Women have the same rights as men and are able to do what they please.

It’s understandable that women have a hard time working on a construction site, but why is it so hard for them to succeed in fields like business/politics?

This happens because these systems have been built on the male mind.

In order for women to become successful and independent and to have high-power jobs in business and politics, they need to become, at least in the way they think, men.

As hard as this may seem, many women manage to achieve this goal.

Because these women have tried so hard to fit into these male-dominated fields, they have essentially lost their feminine side. This is fantastic for their careers but devastating for their love lives.

No man will ever want to marry another man. He wants to marry a woman who has the qualities of a woman.

Even if these qualities didn’t mean much to the average guy, he could still not handle the fact that his girlfriend/wife is more successful than him or makes more money.

“Only they can work toward

improving the quality of their lives.”

As we speak, the feminist culture is having a profound impact on the male mind and we start to see men think they want a strong, successful and independent woman as their partners.

However, these men are far from many and it’s going to take a few decades (if ever) until these qualities become the norm for selecting a female partner.

What can these women do in the meantime? I currently see only three possible solutions, which I’m going to illustrate below:

However, because these women are already strong and successful, the total number of these men decreases dramatically because such women no longer aspire for the guy who works in the office or as the manager. They aspire much higher, toward the only men who can have more power over them.

However, this whole thing creates an incredibly difficult scenario, as most of these men would rather date a feminine woman themselves and their high status makes them some of the most desirable guys out there.

Sure, these women might think, “Well, wouldn’t he rather have a smart girl who can take care of herself?”

Sometimes that may be the case, but remember men are genetically designed to take care of their women. This is in their genes, so they are more prone into going for women who they can take care of.

As difficult as the above solution may seem, if a woman succeeds in landing such a man, she will probably have a very fulfilling relationship.

Another solution for succeeding in a potential relationship would imply they should find a partner who would be willing to switch relationship roles.

This means the woman becomes the provider and the man stays at home with the kids (“Sex and the “City – Miranda and Steve, “Desperate Housewives” – Lynnette and Tom).

The problem with this model is that automatically these women will have to settle for somewhat untypical men, but their ability to do so is what may bring them happiness.

Here’s where real successful and independent women succeed in their love lives. Instead of seeing their manly mind as a drawback, these women use it to succeed.

With a task-oriented approach also comes the fantastic ability to not care.

Men have the power to not care about many things in life because they simply can’t handle thinking about two different things at the same time. Thus, if you’re a woman and have learned to think in this manner, you can stop caring about the type of guy you’re dating.

You can stop caring that he isn’t really up to your potential and just act as a feminine woman around him.

You may have forgotten how to think like a woman, but you’ve surely not forgotten how to act like one. The strong, successful and independent women who realize this point on their own are the ones who have fantastic and fulfilling relationships that turn into great family lives.

Bottom Line: Women Can Do Anything They Set Upon

Although many of the difficulties independent women face today can be blamed on biology, only they themselves can work toward improving the quality of their lives.

This is the sort of stuff I discuss on my blog and in the free eBook I give out. If you want to improve your love life, visit http://TheSingleWomanGuide.com – a place where the “conventional dating” mindset is thrown out the window in favor of more direct and fruitful methods of meeting, attracting and keeping men.

Are You Too Intimidating to Men?

5 Reasons Dating the Same Type Will Ruin Your Love Life