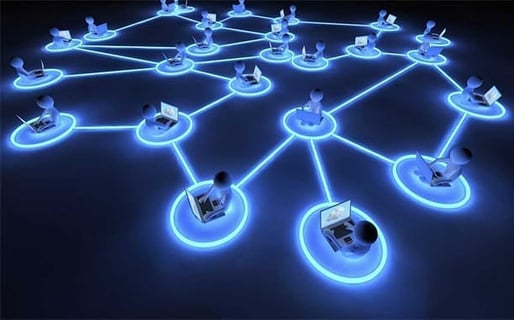 Sure, it’s the 21st century, but dating rituals are still mired in traditional caveman standards…aren’t they? Women should just sit around waiting for the phone to ring and hope for the best when they meet an exciting new prospect, right? Heck, no!

You’re a modern woman, and that’s just exactly what a modern man, even your modern caveman, is looking for. With the Internet, social media and cell phones at your fingertips, there’s no reason to miss out on the possible perfect relationship because of a dropped connection.

Still, you are a lady. You don’t want to seem too eager, and you don’t want to wound your guy’s tender male ego by being too assertive and wearing the pants too soon. Maybe these tips can help to get those important first communications flowing.

You don’t want to bet your dreams of 2.1 beautiful kids and a white picket fence on a scrap of paper in his wallet. You need to be where he keeps all of the important people in his life — in his cell phone directory. And you can’t expect a fish to just swim back to your hook on his own — you need his number, too.

OK, here’s how to dance this tango. You look for a linchpin in the conversation that gives you an excuse to ask for his phone. Maybe he loves chili and you have a quick recipe he can make at home. Maybe he doesn’t believe you have a picture at home with you and Usher. Maybe he just said it would be great to continue the conversation some time.

Or, it could just be he has his smart phone out for the 10th time to check the latest email or text that just beeped in. You say, with your hand out, “Let me see your cell phone a minute.”  He’s proud of it so he’ll give it to you. Call your cell phone with his and then hang up after a ring or two. The important part is done. He has your number and you have his number.

If you know how to, click on “add contact” and give him his phone back.  “Now you’ve got my number.  I’m Patti with an ‘I.’” If you have a reason to ask for his email too, then continue with, “Put my name in and then text me your email.  I’ll send you the place of the Star Trek convention in case you’re looking for directions.”

Now you are not at his mercy. Having his number gives you the equal power you deserve.

moment. Perhaps he’s feeling bad for not having called

yet, but he wasn’t really sure if you were interested.”

In this day and age, waiting by the phone is not only pathetic and old-fashioned, it’s not an option. You’re too busy, you have a life of your own and you have a phone with you wherever you go. Never give your number without getting his number in return. Communication is an on-the-fly part of our lives, so just keep the lines open and the communications flowing. A text is a great way to go for several reasons.

You haven’t heard from him for a while, so should you call?  When in doubt, send a text. A text is never intrusive because we can read and answer it when we have time. The awkwardness of a first phone call is not a possibility, and everyone likes getting a text. Plus, it can be intimidating for a woman or a man to call, so we often talk ourselves out of it and the connection gets lost.

A text doesn’t have to say, “You can call me now,” because the simple fact that you had time to send a text lets him know this is a good time for him to text back or call. You can text on the pretext of letting him know the History Channel has a show he’d be interested in tonight or for any reason at all. The implicit message of your current availability is there.

A text lets a guy know you are thinking about him at this very moment. Perhaps he’s feeling bad for not having called yet, but he wasn’t really sure if you were interested. Now his motivation has been restored, and he may keep the ball rolling.

If it’s a first contact after you meet, you want to be careful not to send a confusing or nagging message.  Don’t say, “It’s Patti. How come you haven’t called?” Instead, try something that sends the same message in a positive way.

Just pick anything from your conversation to peg the text to if you can.

You’ve already won the freedom and power of a new generation, so why not use the tools and technology that come along with it to get connected to that lovable caveman?

OMG! The ABCs of Online Dating