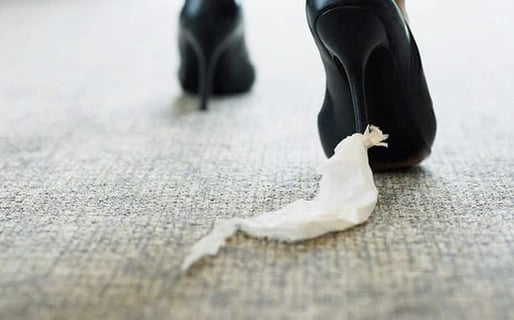 10 Excuses Women Use to Stay in a Relationship

Women have excuses for a lot of things — not to work out, to buy that extra dress, to watch “Shakespeare in Love” for the millionth time. Women also have excuses for staying in a relationship when they know it’s over. If it seems like your relationship is hanging by a thread but your girlfriend isn’t making a move, one of the following excuses may be heading your way.

Of course she’s not going to want to give up steady, satisfying sex. Would you want to? She knows a relationship shouldn’t be based on sex alone, but if she ends things with a guy who consistently gives her great sex, she’s going to have to find someone else who can satisfy her the same way, which can be frustrating.

After couples have been dating for a while, comfort begins to set in. Women can be fearful of losing that security and turning away from someone who’s been an important part of their lives. Plus, it can be pretty damn scary jumping back into the unpredictable dating pool.

This excuse is similar to the one above in that it involves fear. Thoughts running through her mind could be: “What if I don’t find someone as good as my ex? What if I regret initiating the breakup? Isn’t it better to be with someone who I love to some extent than to be alone?”

“Having the courage to leave a good

but failed relationship is difficult.”

Even if a woman’s love for her boyfriend has waned, she will stay in the relationship because she still cares for him in some way. She’s been through a lot with him and doesn’t want to seem unappreciative of the time they spent together.

Everyone knows moving is a hassle, and the living situation can be the most confusing aspect of a breakup, especially if the lease is in both names. Who has to move out? And who gets The Beatles chrome bar table and stools you went halfsies on?

Lots of couples share a dog together, so women worry that if they break up with their boyfriend, there is going to be a fight over who gets to keep man’s (and woman’s) best friend. More than likely, the dog has become part of the family, so she’d rather keep the “family” together than risk losing her beloved pet.

When a woman breaks up with a boyfriend, it can also be like breaking up with his family. It’s a good sign when we get along with a boyfriend’s mother. Women don’t want to lose that relationship, too. After all, the next guy’s mother could be like those women on “Dance Moms.”

Sometimes it’s hard to find a guy who’s willing to carry his weight around the house. She’d be crazy to kick him to the curb, right? Well, sometimes that is the case. No woman wants to go from dating a guy who helps with the dishes and yard work, to a guy who constantly needs picking up after.

9. “We just booked a flight to the Bahamas.”

Most of the time, couples book trips well in advance and can’t predict that the relationship will also be heading south for spring break. The obvious question looming in a woman’s head is, “Do I still go on the trip?” Well, she doesn’t want to give up the vacation time and tickets are nonrefundable. Yes, some women are willing to endure a few days of awkwardness if it means a fresh tan.

You’re her go-to person if something terrible happens. That shows she trusts you in dire situations. Who will she turn to if you’re no longer there? It may seem ridiculous, but sometimes women just want to avoid extra paperwork.

Having the courage to leave a good but failed relationship is difficult. Whether it’s because she is comfortable in the relationship, she still has feelings for the guy, or the sex is still mind-blowing, most women are guilty of staying in a relationship when it’s way past its expiration date.

My #1 Dating Tip for Men

When to Let Her Go

Should You End Your Relationship?