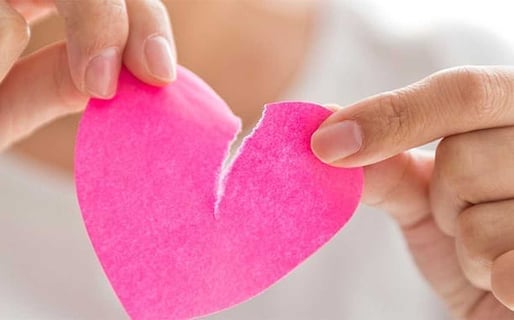 This is an individual decision. If a woman doesn’t smoke, then chances are she wouldn’t want to be with a smoker. Even if you take a few puffs socially when you’re out with friends, being with a full-time smoker is pretty gross and totally unattractive, especially when it comes to kissing, cuddling, etc. Not only will you constantly smell like cigarettes, but you’ll always be ducking out from dinners, parties and other events to get your nicotine fix.

This is the number one deal-breaker women will most likely not compromise on. If she wants kids and meets a guy who is either unsure or says definitely no, then she will keep looking for Mr. Right. Women should never have to give up their chance of having children if it’s something they want in life. Not even for a man they deem perfect. He’s obviously not perfect if they disagree about something so important.

with your mate, make sure to open the line of

communication and talk about the important stuff.”

This is another individual decision. Religious beliefs come in shades of gray — what you believe in can either allow a relationship to thrive or spell absolute disaster. People have built successful relationships by compromising on their religion. Moderate Christians have converted to Judaism and agnostics have explored different religions together. If you and your girlfriend have differing religious views, then sit down and have a real grown-up conversation about it.

4. You flirt with other girls.

There’s a difference between being nice and full-on flirting. If you get noticeably too close or touchy-feely with other women, it’s an indication of things to come. That kind of behavior is unacceptable, and if it doesn’t change, then women will move on.

The last thing women need is another father to tell them their skirt is too short or they should apply themselves more. One of my best friends has a 90/10 rule. It means that you unconditionally love 90 percent of your mate and the other 10 percent is just small stuff — not deal-breaker things. If you are critical in the beginning of a relationship, chances are you’ll be critical for life.

So, men, there you have it. There are literally hundreds of possible relationship deal-breakers — vegetarianism, activism, politics and musical taste for example. But whatever the differences and similarities you share with your mate, make sure to open the line of communication and talk about the important stuff.

Dating and Drinking: How Much is Too Much?