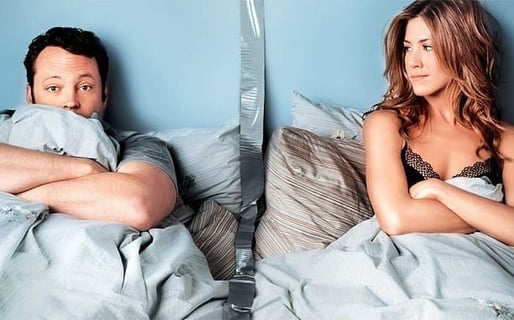 Do you have that nagging feeling that the wheels are gradually falling off of your relationship and the bridge over the abyss ahead might give way on the next pass? There are some signs you can look for to warn you of danger ahead. Then it’s up to you to decide if it’s time to tuck and roll away at the next opportunity or to put on your handyman hat and make things better.

1. She keeps her hands to herself.

Women are very tactile creatures, so a lack of touch and closeness could mean she has stopped psychologically participating in the relationship. She may hang on indefinitely for the sake of convenience, but her heart isn’t in it. It’s time to take her out for some fun — the kind that she enjoys — and see if you can rekindle the flame of your romance.

2. Her kisses are shorter and not as sweet.

Women love tenderness and romance but only if they are invested in the relationship. You would drop everything to make out with any attractive woman, but she wants to be with “the one” or with no one.

“You have to decide if you just need to

inject some romance back into her

life or if it’s time to pull the eject lever.”

3. She doesn’t talk much anymore.

She used to have a million things to tell you about her day, but now she seems lethargic around you and answers your questions with one or two words. Something’s brewing.

4. She’s always tired or makes excuses to stay in.

Has she lost her energy and zest for life? Maybe it’s only when she’s with you. If she doesn’t have interest in you or excitement for the relationship, it will show in her mood, her face and her actions.

Perhaps she still has a lot of energy, but she just doesn’t have much time for you. Does she spend her nights with other friends or co-workers and just gives you an occasional booty call? Pretty soon those will stop too when she finds the fire with someone else.

6. Every conversation ends in a fight.

If intolerance is always front and center in your conversations, things are sliding downhill fast.

7. You never discuss the future.

You used to talk about traveling the world, climbing the career ladder together, building a house and a future. But those discussions have faded away. If there is no talk about the future, it is fair to assume this relationship doesn’t have one.

Some problems can be overcome while others cannot. Too much bad water over the dam can sour things beyond repair. You have to decide if you just need to inject some romance back into her life or if it’s time to pull the eject lever.

10 Excuses Women Use to Stay in a Relationship

The Dark Side of Rebound Relationships

Why You Should Air Your Dirty Laundry From the Start