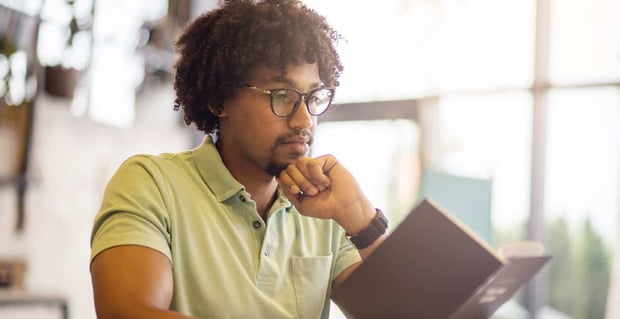 The Best Dating and Relationship Advice From Popular Books

Albert Einstein said, “Once you stop learning, you start dying,” and I wholeheartedly agree. I’m constantly trying to learn as much as I can both inside and outside of dating and relationships.

To that end, I continuously read and research books that have information I can add to my coaching and general knowledge. Dating is a mix of biology, psychology, sociology, and anthropology.

Today, I wanted to discuss advice from some of the books I’ve read and how those words can relate back to dating and relationships.

Remember if someone really likes you, they’ll make the time to see you no matter how busy they are.

The wisdom of this quote is something I try to instill in all of my clients. If someone wants you and wants to spend time with you, they will move mountains to do it. Remember, the Trojan War was started over a woman. If a person is being flaky, not responding, or is “too busy” when you seek them out, then you have your answer. This may not be the right person for you.

In describing a study on the developmental psychology of children in their book “Attached,” co-authors Dr. Amir Levine and Rachel Heller write:

“She found that having an attachment figure [mother/father] in the room was enough to allow a child to go out into a previously unknown environment and explore with confidence. This presence is known as a secure base. It is the knowledge that you are backed by someone who is supportive and whom you can rely on with 100% certainty and turn to in times of need.”

Being in a secure relationship makes you feel like you can tackle problems with your partner.

When people have a secure relationship, it allows them to become more than they were beforehand. You may take more risks in life, business, friendships, or whatnot because you have someone you know will support you no matter the outcome.

Being in a secure relationship lessens our fear of failure. When we’re feeling down or dispirited, that person is there to help pump you up. Problems are never “you vs. them.” They’re “us vs. the problem.”

Another worthwhile ready is “Love and Respect: The Love She Most Desires; The Respect He Desperately Needs,” which addresses the fundamental emotions in a relationship.

One of the best things you can do in a relationship is show your partner that you respect them.

Basically, this book is saying respect is a man’s deepest held value. He would rather be unloved and respected than the reverse. We’re taught a lot about unconditional love but never unconditional respect. When we start to belittle, nag, dismiss, or diminish our partner, what we’re telling them is that we don’t respect them.

If a man isn’t respected, it’s difficult for him to love. When a woman feels unloved, it’s hard for her to respect. Respect and love go hand in hand. Make sure your partner knows that you respect them as well as love them. You could say something like: “I really appreciate all the hard work you do to be able to afford this little vacation.”

4. “The Science of Happiness” by Stefan Klein

“It’s a good idea if the goals we set for ourselves are small from the outset. We have more control over the small triumphs than over a distant goal.”

Stefan Klein said this in “The Science of Happiness.” Realistic goal setting is an important skill to have.

If you walk into a party and say to yourself “I’m going to get four phone numbers tonight” and you don’t succeed, how is that going to make you feel? Like crap! But it was your fault because you inadvertently set an infeasible goal. I know you were trying to push yourself, but it can end up backfiring and make you want to take even fewer chances in the future.

Give yourself small goals to accomplish in dating, and you’re more likely to achieve them.

5. “What Men Want” by Bradley Gerstman

Here’s a fantastic quote from “What Men Want: Three Professional Single Men Reveal to Women What It Takes to Make a Man Yours” by Bradley Gerstman:

“It’s important to be responsive and animated on a first date, even if you’re tired. Everyone is tired, especially hard-working professionals. But we try to get over it and get with it!”

First dates are supposed to be fun, so don’t put too much pressure on yourself.

First dates are important. Before we have any more information on that person, this is all we have to go on. No one is in a perfect place for a first date. We’re all tired or struggling with something, but first dates are supposed to be fun. You wouldn’t half-ass a job interview, would you? So buck up, bring up your energy level, smile, and be engaging. You never know — this might be your last first date ever.

6. Anything Written by Peter Drucker

Peter Drucker was an Austrian-born American management consultant who wrote a lot of interesting books and essays on the philosophical and practical foundations of the modern business corporation.

“Whenever you see a successful business, someone once made a courageous decision.” Any time you see a relationship that you would like to emulate, remember that one of those two people had to take a big risk and be unflinching in getting to where they are. Take that big risk for yourself.

“Plans are only good intentions unless they immediately degenerate into hard work.” Dating is a skill like any other activity. You need to get out there and practice. To make a workout analogy, put in the reps.

Dating is like exercising — you have to get your reps in if you want to stay good at it.

“My greatest strength is to be ignorant and ask a few questions.” No one knows everything. Don’t try to pretend to know more than you do. If your date or girlfriend is talking about something, and you don’t know much about it, ask questions and learn. “You’re an economics major? Cool. I admit, I know very little about economics. What about it do you find exciting?”

7. “5 Simple Steps to Take Your Marriage From Good to Great” by Dr. Terri Orbuch

Dr. Terri Orbuch’s examples show that the closest connections for women are their friends and/or family members. That means that, while you may be the boyfriend, she needs to also spend time with those other people she values. Her world doesn’t revolve around you.

Don’t just focus on your girlfriend or wife — your life will be richer if you spend time with your friends and family, too.

Meanwhile, most of the time, the girlfriend is the center of a man’s life, and everyone else is on the outside. This can be exhausting for women if you put so much time/value/energy into just her. You may come across as clingy or needy. Most men need to broaden their social circle. Join a sports group, pick up a hobby, or reconnect with some old friends.

Dr. John Gray is probably best known for his book “Men are From Mars. Women are From Venus,” but “Mars and Venus on a Date” is also a great read.

“Go to places where you have a lot of expertise and people feel comfortable coming up to you for support or advice. Do not hesitate to meet someone by offering your help or assistance.”

When you’re passionate about your life, your value as an interesting person goes up.

When you’re somewhere or doing something that you have a lot of experience in and enjoy, your whole demeanor changes. You feel more confident, your shoulders are back, you have energy, and your eyes sparkle.

“The Art of War” is a Chinese military treatise written in the 5th Century BC, and it influenced both Eastern and Western military thinking, business tactics, legal strategy, and lifestyles, among other areas. It has some of the most compelling content I’ve ever read:

“According as circumstances are favorable, one should modify one’s plans.” Don’t rely on any sort of lines or memorization in dating. Every situation is going to be different. You want to have lots of skills, so you can adapt to any situation.

“Attack him where he is unprepared, appear where you are not expected.” Don’t be predictable. Nothing is more boring than a conversation that goes exactly where you expect it. Be unexpected, be goofy, and be funny. Don’t compliment your date on the obvious. She’s heard it all before.

In dating, listening is just as important as talking about yourself.

“Force him to reveal himself, so as to find out his vulnerable spots.” You want to find out what she likes and values. Ask broad questions, and focus in on how or what she responds to. These are the things she’s interested in. Continue asking about those things.

“Therefore, just as water retains no constant shape, so in warfare there are no constant conditions.” What worked the night before has no guarantee of working tonight. Sometimes X will work wonderfully, and sometimes X will make you crash and burn. Don’t worry too much about it — just try new things.

“Soldiers when in desperate straits lose the sense of fear.” Just jump in there. You may be nervous or uncomfortable about a situation, but if you just get in there and mix it up, you have no time to be scared. Trust in yourself, and take that first big leap.

“Marriage & Love: Real Advice From 1894” has a passage that I always think about:

“Homely men are admired by women if they are large, strong, and vigorous and possess a good degree of intelligence. Looks are trifles compared with other qualities which man may possess. Women despise a man has no opinion of his own; she hates a trifling disposition and admires leadership and original ideas and looks up to a man as a leader. Women despise all men whom they can manage, overrule, cow down, and subdue.”

Take risks in love and life — it will help you grow as a person.

Dudes, it’s more important to be an interesting person than to have a chiseled jawline. Don’t worry about trying to be the type of person you think a woman wants. Instead, become the type of person who isn’t worried about risking a bit to stand by your own convictions.

Also, this isn’t giving you permission to be an obdurate asshole. What I mean is if you’re running around trying to please her at the detriment of pleasing yourself, it ain’t gonna work.

I could go on and on, but these are just some examples of non-dating books that I’ve found to be helpful. There are good nuggets to be found anywhere. You just have to figure out how to make those nuggets relatable to you and what you’re striving for.

Books and Movies: The School of Romance?