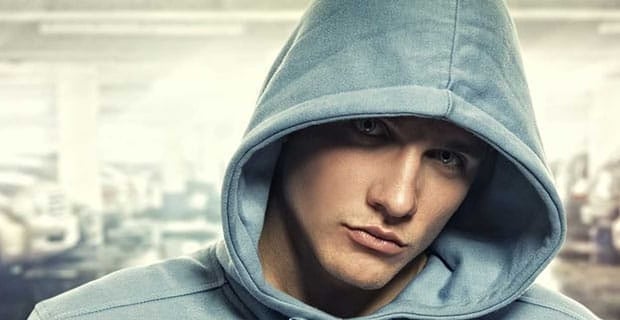 But do girls really like bad boys and if so, why? It’s a topic that has been around for centuries — since gladiators, warriors and rulers made girls swoon over them and throw flowers into the great Roman Colosseum. Today’s bad boys are subtler than the rebels of yesteryear. They have an abundance of self-confidence, maybe a tattoo (or 20) and act like there is no care in the world.

Girls like bad boys because they seem inaccessible — like you’d have to be a supermodel, actress or songstress to get their attention. And we all know that people want what they can’t have. Remember what the Rolling Stones told you? “No, you can’t always get what you want/But if you try sometime, you just might find/You get what you need.”

There are millions of reasons a girl may stray toward the bad boys. Maybe she’s trying to get back at her parents or she doesn’t think she deserves a nice guy. Whatever the reason, guys, you have a leg-up by doing what you please, going where the wind takes you and even acting infuriating and nonchalant to that lady lusting after you. Why? Because it’s intriguing.

What you need to be a bad boy.

As women, we want nothing more than to date, bed or get to spend time with the guy in the room that every other female is interested in. That’s just the kind of species we are. If you’re looking to become a bad boy that ladies fawn over, then look into the following: a motorcycle, the gym, sex toys, self-confidence, tattoos and an air of mystery.

Just remember, being a quintessential bad boy isn’t the same thing as being a jerk. Ladies aren’t interested in dating guys who are too full of themselves or don’t treat other people with respect. But we certainly don’t mind dating a guy who rocks black leather jackets and seems a little out of our league. So guys, take my advice and channel your inner James Dean.

5 Reasons She’s Not Out of Your League

Who are You? Aaron Hernandez?