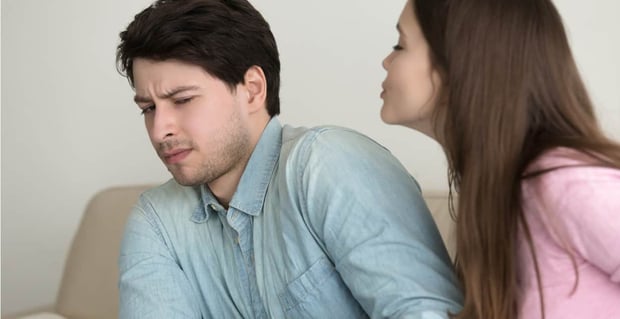 How Do You “Friend Zone” Someone? 5 Nice Ways

Many of us have been there. You’re hanging out with friends and making jokes, and one of the women in the group says something flirty to you. It seems like she’s making a play for you. Unfortunately, you don’t feel the same.

We hear a lot about the friend zone when it comes to an amorous man talking to an uninterested woman, but the reverse happens as well.

If you’re in this situation, you want your brush-off to be gentle but direct. Here’s the correct way to do this:

1. Use the Right Words to Help Her Understand You

While you don’t necessarily want or need to say, “I think of you like a sister,” there are other ways to use your words to get your point across.

Make sure your words are unambiguous. Don’t say, “It’s so much fun to hang out with you.” Tweak it to something like, “It’s so fun palling around with you. You’re one of my good friends!”

The best way to help a friend get over an infatuation is to help her get under someone new. Ask her about what her type is. Listen carefully to what she says. She may try and describe a guy exactly like you. If she does, just pretend that you don’t see the similarities.

If you are at a bar, party, or school, start suggesting guys who you think would be good for her, and then actively try and help her out. If she really is a friend of yours, you want her to be happy, so helping her get hooked up benefits everyone.

Likewise, ask her to help you scout out someone interesting. Nothing gets the point across that you don’t see her as more than a friend than to ask for her help in getting another woman.

If you’re trying to set her up with other people, it should be pretty obvious to her that you aren’t romantically interested in her.

For the sake of trying to help her understand, don’t describe or pick a woman who is similar to her. Otherwise, she may continue making her play for you, thinking you’ll come around.

If she’s a cheerleader, tell her you’d love to meet a goth/nerd. If she’s an engineer, tell her you’re looking for a sporty tomboy. “See that woman over there? I want to go talk to her. What do you think I should say?”

If she is a true friend, she will help you, albeit sadly. If she gets hissy and tries to sabotage it, you may have to rethink your friendship.

3. Don’t Be a Perfect Gentleman

We tend to idolize people we like sometimes. They can do no wrong in our eyes. So do wrong!

Think about the comments or conversations you have with your guy friends. You talk about sweaty balls, huge dumps, etc. Now, you would never have that conversation with someone you were interested in and trying to woo. By including her in those conversations, you are implicitly telling her that she’s one of the guys and not a potential mate.

Be gross, swear a lot, talk about the women you’re dating. You want her to feel a slight revulsion over you.

4. Don’t Accidentally Treat Her as You Would a Girlfriend

I’m a kind guy, and I like to be nice and help people. But there was one girl, Emily, who would take any simple or small nicety and inflate it and imagine I was coming around to wanting to date her.

We used to joke that I couldn’t say “bless you” to her without her taking it as a sign of interest. Don’t open doors for your friend who likes you, don’t buy her drinks if you’re not buying your dudes their drinks, and don’t spend a lot of time alone.

We men can be a little dense sometimes, and while we think we’re just chillin’, she thinks how wonderful it is that you can trust her with all this personal info.

5. You’ll Want to Be Even More Gentle If You’ve Slept Together

I once knew a woman, Teri, on social media who sent me a booty call before we ever met in person. Obviously, I was down, as I was just sitting home playing video games. We entered into a friends-with-benefits relationship, which worked out well for both of us, but I had no interest in dating her for many reasons.

Yet, she would bring up every once in a while: “Why have you never taken me on a date?” Uh, because that’s not our relationship, and YOU started it this way!

So I would just always be busy if she wanted to do something other than… well, bang.

Sex can complicate things even more.

This can get complicated because many people think FWB is opening the door to a possible relationship. Or worse, it could have been entered into totally innocently, but then she catches feelings.

Women can traditionally be more jealous, so it might be very difficult for her to think of you with another woman. But she needs to hear it and be OK with it. If she tries to bad-mouth other women or actively tries to keep you from talking to other women, you may need to rethink your relationship.

Because we are all human and have complex emotions, there’s no way to know if she will handle it well or fly off the handle. But false hope is a very evil thing, and just dragging someone around because they are constantly hoping you’ll change your mind isn’t going to go well for anyone.

A Note to the Guys as Well

Don’t try and put every woman you meet into the girlfriend zone. I constantly hear from my female friends and clients that they have met and made a great new guy friend. They are so happy to have someone to pal around with and commiserate and share with.

Then they find out the guy was only going along with it to get into her good graces and date her. When she politely declines, he gets all pissy and upset, claiming he just got friend-zoned.

Dude, YOU put her in the girlfriend zone. She thought she’d made a friend, and now she’s upset and heartbroken that the guy she thought was her friend was, in actuality, not.

Life is crazy out there, friends — let’s be kind to each other!

There’s No Hell on Earth Like “The Friend Zone”

Escape from the Dreaded Friend Zone

Be a Boyfriend Instead of a Friend