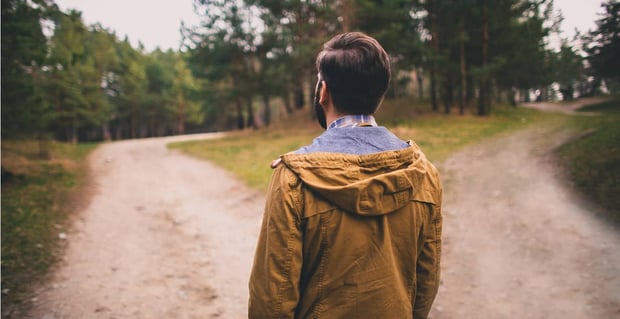 What’s the Difference Between Dating and Being a Boyfriend?

How we date the world over is endlessly fascinating to me. What is totally normal in one city or town is totally taboo in another.

When I was an exchange student in France, I drunkenly made out with a girl on New Year’s Eve. The next day, my French friends were like, “Oh, so you and Anne-Claire are dating now?” I went, “Uh, excuse me… what?” Apparently back then in France, if you kissed someone, you were now a couple. French men and women did not date multiple people at the same time.

But even when people are on the same page, culturally, it can be difficult to know when things go from hanging out to dating to being boyfriend and girlfriend. Many times, one half of the couple thinks one thing, and the other thinks another.

I’ve seen so many articles, tweets, and other posts online about people being introduced as a girlfriend or boyfriend when the other person is definitely not on the same page. Most of the time, they didn’t even realize the other person felt that way.

So what is the difference between dating and being a boyfriend, and how do you know where you stand with your current romantic interest? Let me explain.

The days and times that you see a romantic interest will tell you a lot about the type of relationship you are in. As we all know, weekends are the exciting and fun times to do all sorts of stuff. Usually, you want to spend that time with the people you like best.

It can be a red flag if she doesn’t want to see you on weekends.

If your crush only wants to see you on weekdays and not the weekends, that means they are not willing to give you their prime spots. It could signal that they are either looking for someone new or spending time with someone they like better. And while it’s fine for individuals to go out with their own friends on the weekends, if it happens all the time, something is brewing.

But if you are meeting up Saturday mornings for coffee and Sunday evenings for binge watching Netflix, you are definitely headed into the boyfriend category.

Neither of You are on Dating Sites

Sometimes when I read advice columns and see some of the problems couples are having, I have to shake my head. For example, one person wrote to a website asking: “Hi, my girl and I have been dating for six months, and I just found her profile on Bumble. She says it’s only for entertainment. Should I be worried?”

YES! I can’t believe how many times I see something like this online. Here’s a pro tip: No one uses dating sites for entertainment if they are in a committed relationship. Maybe they are cushioning. Maybe they need the constant dopamine hits from getting pings and messages. Or perhaps they are trying to “trade up.” Either way, it’s not a good sign.

Committed boyfriends and girlfriends happily delete their dating profiles. They are excited to be done with dating sites and are focused on their new and wonderful relationship. I used to be a player, but I say, “The point of being a player is to win the game.” Finding a great significant other is winning the game. (P.S. I won!)

Do Her Friends and Family Know About You, and Vice Versa?

Another situation I hear a lot about is feeling like you’re being kept a secret. “We’ve been dating for six months, and I’ve never met her friends or family.” Again, we are in very red flag territory. If the person is excited and proud to be with you, he or she will show you off at any given chance.

If you haven’t met her friends or family relatively quickly, that’s a warning sign. Sometimes people are scared to ruin a good thing. Or they think their friends will be mean. Or they have a shitty family and don’t want to introduce their boyfriend to them until they are solid.

If it’s been months of dating, they should have a good reason for not introducing you to friends and family.

But it definitely means that it’s time for you two to have a conversation. So many times, people find out they are the sidepiece, and that’s why they were never introduced to friends and family.

This includes on social media. While it’s not required for her to splash you everywhere online, you should definitely exist. If she is a fairly prolific poster, and you continue to not see any mention of you, there could be a reason she is hiding you. Again, it could be understandable, with the right reasons, but it’s definitely a warning.

Are You Each Other’s Priority?

When you first start dating someone, you usually don’t put as much value on your time together, as you’ve only known her for a short time and you’ve known your friends for longer. But, as you spend more time together, you value your time and her opinion more.

When things come up, you want to make sure that it fits in with your significant other’s schedule. As the relationship progresses, that person eventually becomes the number one priority. If you don’t feel that your SO is prioritizing you, it may be time to move on.

Simply Tell Her How You Feel, and Ask Her How She Feels

As always, everything boils down to communication. The easiest way to clear up any confusion is just to ask. I know, as guys, we say we hate the “Where is this going?” conversation. I know that many people feel they know where the relationship stands. Or they worry that if they have the talk, it will change things, so they stay silent. But then they find out that the other person has been operating under a different assumption, and they are filled with righteous anger.

Even if you’re sleeping with each other, spending lots of time together, and posting all over social media, you still need to have the “Are we exclusive or not?” conversation.

You can’t over-communicate when it comes to dating and relationships.

In this modern world, there are also open relationships and polyamorous relationships, but you still need to communicate about boundaries and build trust with each other. I’d say you should do so even more in these types of relationships.

Again, just talk to her about it. Everything will be fine as long as you two talk about your feelings and wants and get on the same page.

5 Benefits of Swinging On Occasion

4 Tips for Maintaining a Relationship After Having a Baby

What Are the Things Every Relationship Needs?