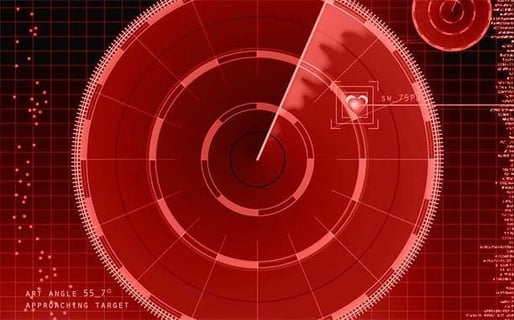 How to Get to Know a Guy You Like

You’ve got your eye on a great guy and you really think the two of you would hit it off perfectly. But how do you get from a passing glance to a storybook romance? How can you get to know a guy you really like?

Maybe he’s a co-worker who has gradually endeared you with the respectful and honorable way he deals with people and takes care of the older workers. Maybe he’s a guy in your Psych class who is both smart and funny. Maybe it’s the sincere smile and great looks of the man who sold you your car insurance that have got you hooked.

Well, he’s a man and you’re a woman, so you’ve already got a great start. Now all you have to do is kick it up a notch. It’s all about the many forms of communication.

It’s not difficult for a woman to get to know a man. Men already think you are one of nature’s finest creations. They enjoy your company, and you can affect their blood pressure and other vital signs with a simple smile. It doesn’t have to be a flirty smile.

If you see him often, smile pleasantly every time. After a few times, smile and say hello. After that, greet him by his name. This will make him feel like he already knows you. Acknowledgment breeds familiarity.

Men want to be appreciated for their abilities and intellect. It would be forward and awkward for you to tell him he’s handsome and has amazing eyes, and he doesn’t want to hear that anyway.

Tell him he’s the busiest guy on the third floor, always moving. Tell him you think it’s really nice the way he always helps Margie with her wheelchair. Ask him how he always comes up with those clever remarks in class.

Men don’t expect their actions to be noticed and appreciated, so a small comment on his abilities, kindness or wit will really stop him in his tracks. He is likely to respond in a way that gives you a chance to turn it into a conversation.

“Communication and interaction are

the ways to get to know any man.”

No man can turn down a damsel in distress. Just make sure your timing is right so he’s able to slow down long enough to fulfill your need.

Maybe you need to get some boxes into your car or reach something on the top shelf. His helpfulness gives you the opportunity to respond with gratitude, and of course he will have to reply. Hmmm…that sounds like the beginning of a conversation, too.

Maybe you overhear hear him trying to figure out what to get his mother for her birthday. Come to his rescue with a great idea — take her out to a lobster dinner, plant some petunias by her front porch or whatever great idea you can come up with.

Straighten out his tie as he’s walking into a company meeting. Water the plant on his desk that is always dying. Help him carry something when his arms are full, or offer to make his copies when he’s really busy. Little things.

Observe what he likes and dislikes. He hates that flavored hazelnut coffee they always have in the pot at work, so bring him a large cup of the coffee shop’s special blend with one packet of sugar and a splash of creamer, just the way he likes it. Just drop it off, no big deal, and tell him you just thought he could use a real cup of coffee today.

The guy in your Psych class sometimes has a bag of peanut M&Ms to nibble on, so toss him a small bag one day when he doesn’t have any. Tell him it’s his fault that you’re addicted to them now. He’ll offer you one. Take it and start talking!

It’s not that hard to do. He might ask you what he should make when his parents come over for dinner on Saturday. Tell him about your award winning pot roast, lasagna or lime chicken, and tell him you will text him the recipe when you get home. (Nevermind that you already have it memorized.)

Hand him your phone and tell him to call his phone. Now you have his number and he has yours. Remind him to put your name by your number right away so he will know it’s you when you text.

Text him the recipe right after work, and then be sure to tell him you have to go to the supermarket anyway and would be happy to accompany him so he gets all the right stuff. Text him back on Sunday and ask how everything turned out.

It doesn’t have to be a recipe. It could be the name of a song he was trying to think of, the address of that Thai restaurant you were telling him about or where his favorite band is playing this weekend. There’s always some reason for you to get his number and text him.

Communication and interaction are the ways to get to know any man, and the attention of a woman is always welcome. Taking a moment to look, smile, greet, encourage and be helpful will certainly allow you to get to know that great guy you like, and he will probably be very glad you made the effort.