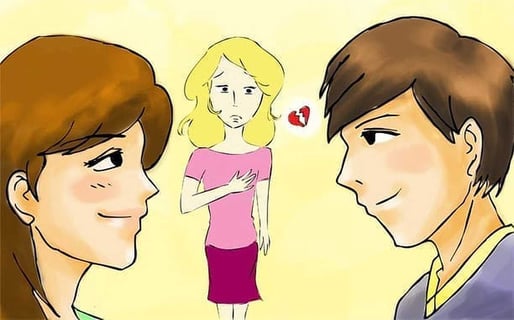 How to Cope with an Ex-Boyfriend Dating a Friend

Knowing how to cope with an ex-boyfriend dating a friend is tricky. First of all, you need to put things in perspective. If she’s a good friend and he was a serious relationship, then it’s understandable that the two of them being together would bother you.

On the other hand, if she’s a casual acquaintance and you only went on a few dates with this guy, then you really have no cause to complain. If you’re having a hard time deciding the magnitude of their relationship, ask for some outside guidance and perspective.

OK, so you’ve decided that you are in fact not overreacting to your friend dating your ex. If they refuse to cool things down and break up and you still want the two of them in your life, then you’re going to have to figure out how to deal.

Here are a few tips to handling the situation with dignity and grace.

Say there’s a big birthday bash for a mutual friend and you know you’re going to see your friend and ex together there. Don’t be overly nice and fake happiness for them. If you’re having a hard time with their relationship — be honest.

If you’re going to the aforementioned party, be smart and take a support group with you. Bring a few good girlfriends to lean on in case you get emotional.

3. Don’t ever give an ultimatum.

By asking one of them to choose you over the other, you’re driving a wedge between the three of you that may never be repairable. Don’t ever give either of them an ultimatum.

You’re going through a difficult situation but in a mature and grown-up way. Instead of telling your friend and your ex to go take a long walk off a short bridge, you’re opting to have them remain in your life, even if it’s difficult for you.

Just remember that time will make the situation easier. In three years, you’ll all sit around and joke about the early days.

How to Date a Friend’s Ex