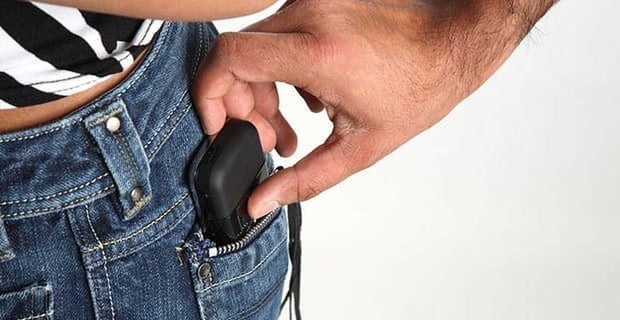 Have you ever wondered if the guy you’re with thinks of you as just a booty call and not really as a girlfriend? Actually, wondering about it is the first danger sign that it might be true! Sex is an important aspect of adult relationships, but if it’s the only aspect, then it’s not really a relationship at all.

You can get to the truth of the situation by asking yourself some serious questions and giving honest answers. You might begin by just asking your friends what they think, because if he’s just in it for the sex, it might be obvious to everyone but you.

1. How long did you date before having sex?

If you had sex on the first date, there is a huge chance your boyfriend has never been able to see you in nonsexual terms.

In fact, if you had sex in the first month, there is very little chance you were able to develop true intimacy, and there is a statistical probability that your relationship will eventually fail.

2. Does every date end in sex?

If there is an expectation of sex every time you are together, then you really need to consider the possibility that he’s in it for the sex.

If the time between “dates” is gradually getting longer and longer, that is another warning sign that you are simply fulfilling his needs.

3. Is sex becoming the whole date?

If he often wants to waive off the whole date and jump right in the sack, that is not a normal, healthy relationship.

4. Are most dates scheduled on the same day?

That’s pretty much the definition of a booty call.

“If you’re worried where your relationship

is headed, have a talk with your guy.”

5. Is he willing to go on a daytime date?

A good test might be to ask him to go on a daytime date with you to the park, museum, beach or whatever.

Try to make it clear that you just have a couple of free hours and would just be together for the date, and then you have plans with friends or family by yourself. If he’s not interested, then he might not be interested in you.

6. Is the relationship developing?

If the relationship has stagnated in the single dimension of sexual activity, then it’s time to worry.

Sex is not love. It is a manifestation of the love two people share when they have all of their clothes on.

People have been mistaking lust for love since the first time a man and woman figured out how well their parts fit together. Just because he loves sex, that doesn’t mean he loves you.

8. Does he relish your body and moments with you?

A man who is in love with you will be thrilled by your face, your hand, your toes and every part of you.

But if you’re a booty call, he might just cover the “bases.” He will love spending time with you, talking to you, texting you and phoning you. Being near you will be exciting for him.

9. Are his kisses long and frequent?

Is he still happy to spend a long time just kissing you, or is it all about the sex?

10. Does he refuse to address the topic of exclusivity?

If you’ve been sexually active with him for several weeks or more, but you’re still not his one and only official girlfriend, you need to press the issue.

All guys can fall into the “sex rut” from time to time, so don’t rush to judgment if a lot of your answers are “sometimes.”

You’re looking for a long-term pattern of selfish, uncaring behavior in all or most of the areas discussed.

If you’re really worried about where your relationship is headed, have a talk with your guy. Maybe finding out that he’s a subpar boyfriend will be just the wake-up call he needs.

But you owe it to yourself to have a loving, growing, three-dimensional relationship. If that door doesn’t swing both ways, maybe it’s time to send him through it.

How to Cook a Meal for Your Boyfriend

How to Make a Guy Want to Kiss You