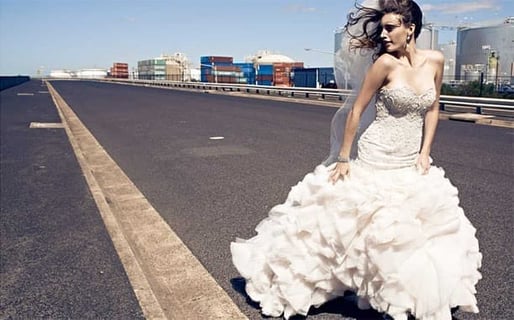 It used to be assumed that everyone has doubts just before walking up the aisle. I mean, who wouldn’t get a bout of the shakes at a life change that involves every aspect of oneself – your home, your social life, your sex life and your money! But is nervousness about marriage a serious warning sign? Apparently, the answer is yes.

A new study out of the University of California, Los Angeles, and published in the “Journal of Family Psychology,” is the first to cast a scientific eye on pre-wedding jitters. And what they found was astounding.

In the study, the researchers interviewed 232 couples just before the wedding and revisited them every six months for four years. The average age of spouses was very close to the national average for first time marriages, 25 for women and 27 for men.

Interesting to note, pre-wedding jitters in brides were more indicative of rocky marriages. In the couples where the wife had doubts, nearly 20 percent were divorced in four years. And if no partner had doubts, their divorce rate was only 6 percent.

“Marriage is a gamble.”

Pay attention to your gut feelings, especially if you are a woman. Men have historically been more likely to be nervous about walking down the aisle because entrance into a marital contract that involves monogamy and money was more of a risk for men.

But in today’s times, with young women charging ahead in education and earnings potential, divorce can carry the same risks to a wife.

In my opinion, no one should consider marriage until they have been together at least one year and have had detailed talks about money, career goals, child rearing, religion, and extended family relationships.

Sometimes the jitters can subside when these topics are discussed and some of the mystery has been removed.

Marriage is a gamble. But consider this question: What is the length of half of all modern marriages? What do you think? Four years, seven years, twelve years?

In fact, half of all of today’s marriages last a lifetime. And that’s what an engaged couple should be focusing on as a model for their own marriage.

Why Hasn’t He Proposed?