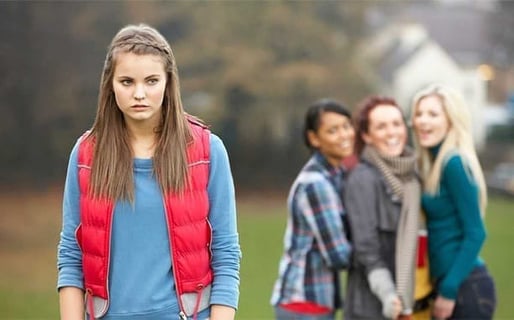 There is nothing worse than finding out your friends don’t like your boyfriend. Why? Well, chances are your friends know you better than anyone in the world. If they don’t like him, that’s a big, fat red flag — one you need to pay attention to.

Let’s take a look at some of the reasons your friends might not like your new boyfriend and decide if the angst is justified or just petty.

Seriously? That’s one of the lamest reasons your friends have for not liking your new beau. Unless he’s wearing dead baby sharks off of his leather jacket, it really doesn’t concern them how the guy dresses — goth, preppy, hippy, hipster, athletic or suit and tie.

They need to make an effort to get to know the guy’s personality, humor and morals. Only then can they make an accurate judgment on if he’s right for you.

Some people get social anxiety. The thought of being in a room with people they don’t know can cause sweaty palms, nausea and awkward conversation. Your friends should give the guy a break and a second chance. He may really be nervous.

If they give him repeated chances and he does, in fact, turn out to be a wet rag, then it should be known that he’s not bringing anything to the table.

your new boyfriend can be traumatizing.”

3. He has opposing political views.

Like it or not, we are going to meet people in life who don’t share the same political views. You might even become friends with one or two of them.

If your boyfriend is a Republican and your friend is a bleeding Liberal, then have them agree to not talk politics, find common ground like a love for The Smiths and move on.

Justified! If your new beau hits on your friends, then they are 100 percent justified in not liking him. They are even encouraged to tell you what happened and offer a pint of low-fat frozen yogurt and a chick flick to get over Mr. Grabby McGrabberson.

Let’s say you work 60 hours a week, have your master’s degree, live in a great riverside condo, drive a new hybrid and are up at the crack of dawn to run a mile before going into the office.

Your new boyfriend wakes up at noon, eats Taco Bell, plays video games for five hours a day and makes approximately $300 a week as a video game tester. He is stoked about the new free meals at fancy restaurants and the weekend getaways — all compliments of your friends.

Yes! Your friends have a right to tell you your boyfriend is a loser and is in it for the meal comps and traveling.

Discovering your friends don’t like your new boyfriend can be traumatizing. You don’t want this loser of a guy to come between you and your BFF.

Tread lightly on issues like his wardrobe, political views and social awkwardness, but if he hits on your friends or proves to be a total freeloader, be understanding when your friends tell you how they feel.

Buddy Up with Your Lover

8 Reasons to Introduce Your Boyfriend to Your Friends

Can’t We Just Be Friends?

Why Men Want to Be Just Friends