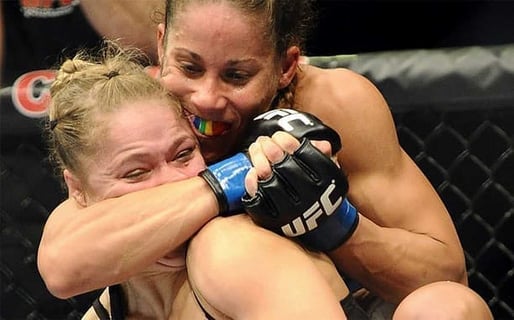 It’s a Friday night and you’re out at a bar with one of your good girlfriends. You both scan the room for suitable bachelors and end with your eyes fixated on the same guy. This is a situation where “I saw him first” doesn’t apply.

So what do you do? Are you going to compete against your friend for this man’s attention?

If this situation consisted of two men, we would be talking about a possible cock block. But it’s between two women. Let’s say for the sake of argument that when women compete against each other, it’s called being “vagected.”

Normally, you and your friend have severely different taste in men — that has made you an admirable wing women kind of team.

The man across the room — dressed in skinny jeans, Dr. Martens, a cable knit sweater vest and horn-rimmed glasses — is an anomaly, a fantastically sexy anomaly. He is the only guy you would ever “vagect” over.

You and your friend still haven’t decided whether to throw in the towel or lace up your boxing gloves. Here’s some advice to help you make the decision.

Act like ladies. That’s right. Don’t be so childish that you let this perfect specimen go to some less-deserving female.

Agree that you both want him and that the better woman shall prevail.

Walk arm-in-arm over to this guy, smile politely, bat your eyelashes and offer to buy him a microbrew or play a game of pool. Act like a couple of mature women without an underlying agenda and see which of you he’s more into. It should be pretty obvious.

Why Do I Hate My Friend’s Boyfriend?

Do You Feel Worthless in Your Relationship?

Why Men Want to Be Just Friends