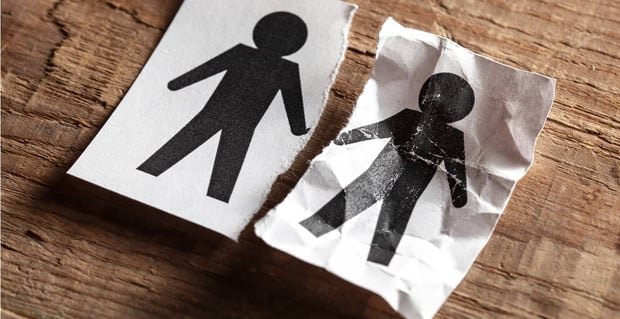 Why is Gay Dating So Difficult?

Dating in the modern age has proven to be like navigating uncharted and unpredictable waters rather than driving on a solid road.

Many men seem to have more dating woes than dating highs, so here are my top seven reasons why dating for some people can be a difficult journey.

In my professional matchmaking experience, a lot of gay men operate on an out clause, meaning they want an easy way out of a relationship. In case things get a little uncomfortable for them, they can bail without having to claim responsibility for wasting someone’s time.

These men only want something casual, and that is perfectly fine as long as both parties have that expectation. Gay men who have done their relationship homework have a sense of their own time and their date’s time and will make a plan with follow-through. They have taken the time to formulate their own relationship timeline and wish to date someone whose path meshes with theirs.

I can’t tell you how many times I’ve had a matchmaking client tell me, “I don’t want to date someone who wants to be out all the time.” Over the years, I have found that most gay men are more frequently ambiverts, a mixture of the two. In most cases, a relationship in which one of the partners has extreme opinions about something doesn’t bode well for its longevity.

For example, I’m not a big animal lover. In past relationships, I found myself either allergic to someone’s pet, or I realized that caring for a dog required an extreme amount of attention and me working around someone else’s schedule. I felt there was an imbalance that wasn’t up for negotiation.

If you’re an extreme introvert and he’s an extreme extrovert, for example, you may have some problems in your relationship.

I can speak for Los Angeles gay men, having lived here for over a decade. Many LA gay men who have been single for a while have pets. They will try to convince me that their pet is an exception to many preconceived notions I had.

Both partners in a relationship must agree on respecting each other’s dealbreakers, otherwise sustaining the relationship will be fraught with difficulty.

Good relationships have one big thing in common: communication. Being honest from the start about what you want from each other establishes a pattern of trust and mutual respect. Dating someone you have trouble communicating with will place the relationship in an unreliable category.

The most important piece of advice I can give you is to pretend that the guy you just met has been let down time and time again. He’s been ghosted, flaked on, and misrepresented, and he feels like his time has been wasted multiple times. He feels he has put his heart out there to maybe fall in love with someone one day.

If people start living within this mindset, they prioritize making a really good first impression. They communicate freely, honestly, and in a timely manner.

Be wary of someone who says, “Maybe we can possibly hang out this upcoming weekend if it works for my schedule.” If this person doesn’t communicate a solid plan to you, or you don’t get a response after communicating one, then this person is not ready to take dating seriously. If this person doesn’t give you a specific time and place to meet up, he simply wants the easy way out just in case something better comes along.

4. People are Vague and Flaky on Dating Apps

If you match with someone on a dating app who says, “Seeing what’s out there” or “Dates would be nice,” consider that a red flag. Statements like those may reveal the person’s low expectations based on past online dating experiences.

Be cautious if you match with someone on a dating app whose profile says “Just seeing what’s out there.”

Go against the grain and greet someone with a complete sentence. Dedicate time to posting clear photos that show off your personality and aren’t just variations of the same body mirror selfies. Take the time to write something memorable and weird about yourself in your bio — not just your stats or physical preferences.

Your goal is to impress someone mentally and physically, so be serious if that’s your goal. This shouldn’t be difficult.

There have been times in my life when I had many great first dates, which were usually followed by many successful second dates.

By the third or fourth date, I would disclose the picture of the relationship I wanted and felt like I deserved. Monogamy is something that I always crave and want in my life, but I remember things coming to a screeching halt when my date definitely wanted the option to be more open.

I think it’s worth being a little forward, especially if you have this discourse via a dating app. You don’t want to feel like your time was wasted.

Sexual position preference can also be an integral part of someone’s ideal relationship. If that seems to be a dealbreaker to somebody, then you should know the drill by now.

6. Dating in Reverse (i.e. Getting Attached Physically Too Quickly)

Dating in reverse is a notion I wrote in my book. It means getting to know someone after we have chosen to be intimate. Sometimes we as gay men can get caught up in the fantasy of the honeymoon phase. We don’t really have conversations that increase our compatibility with someone, but we do things that are merely physical and short term.

A physical connection with somebody is fairly bonding. Men, in general, have a better way to dissect this mental limbo and not get so attached, but that doesn’t mean it’s completely eradicated.

Yes, dating should be fun and sexy, but be careful about getting attached when your date doesn’t feel the same way.

It’s important to have fun, but keep in mind that it’s more important to establish an expectation of a relationship within the first month of dating someone. This is such a simple task that can be difficult in practice.

There have been times during my matchmaking career when a client would implore that they want to date someone who is “Kind to the wait staff.” I’ve said this before, and I will say it again: Chivalry isn’t dead. People just choose to ignore it.

A man should open the door for you in the beginning, as should you in return. Whenever I am on a date, I make it a point to completely disconnect myself from my phone. However, some people just can’t do it. Those people never give their full attention to someone. I take full responsibility to give them mine. I consider myself as following a fairly traditional courtship process, and if that’s you, you should honor and want that from your partner.

It All Comes Down to Accountability and Responsibility, Which A Lot of People Don’t Want to Acknowledge

You’ve probably noticed that accountability is a central theme in this article. If someone does something disrespectful to you, you should listen to your heart and make it known that your feelings were hurt. A true man will always admit his faults and wish to do better, and he will show gratitude that you give him feedback.

When I realized that a lot of my dating issues were because of someone else rather than myself, I was able to let go of the heaviness. Not to sound conceited, but if I realized that I had done all I could possibly do to be kind and communicative to someone, that was enough for me. I was no longer jaded. I was more pragmatic in how I viewed my time. This saved my soul from a lot of darkness and brought light to connecting with someone wholeheartedly if it were to arise.

The difficulty of dating became merely a numbers game, and not one where I would take things so personally.

How to Keep a Gay Man Interested (3 Easy Tips)