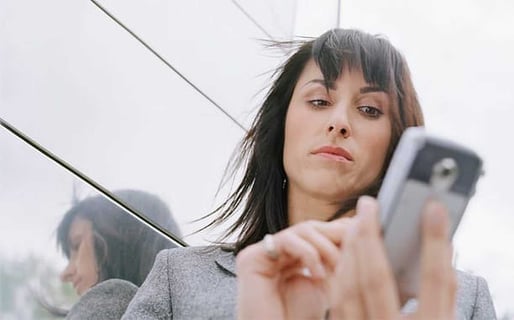 How to Know Your Lesbian Girlfriend is Cheating

There’s this great, unattributed quote that goes, “Cheating is not an accident. Falling off a bike is an accident. You don’t just trip and fall into a vagina.”

In any relationship, having your girlfriend cheat on you is one of the scariest things to think about. It’s not just about her sharing intimacy with another woman. It’s about her breaking the bond of trust that you’ve spent your entire relationship creating.

If your partner’s libido has always been super charged, but lately she’s only wanted to get it on once a week, then she may be getting satisfaction elsewhere.

Pay attention to the little things. When she joins you on the couch to watch TV, does she sit next to you or as far away as possible? Does she stop accepting invitations to go out with you and your family or friends?

“Whether you are suspicious your girlfriend is cheating

or you want to know the signs, keep being vigilant.”

3. She gets irritable easily or has newfound anxiety.

When people are feeling guilty about something, irritability and anxiety are two of the indicators. Has your girlfriend been snappy lately and placing blame on you rather than accepting it for herself?

4. She is short on the phone or doesn’t answer your calls.

Maybe your girlfriend was never much of a phone person, but lately calls and texts have been virtually nonexistent. It takes her three hours to respond to you and she never takes the initiative.

If your partner starts caring more about how she looks or changing her style in some dramatic way, it may indicate that she’s trying to impress someone new in her life.

Cheating is the ultimate sign of betrayal. It’s not just a betrayal of your intimacy. It breaks the bond you have as lovers, friends and partners.

Whether you are suspicious that your girlfriend is cheating on you or you just want to know the signs, keep being vigilant and good luck!

How Lesbians Can Have a Safe and Exciting Sex Life

How to Choose a Dating Site for Lesbians

How to Date Younger Lesbians

How to Get a Lesbian Woman’s Number

How to Ask Lesbian Women Out