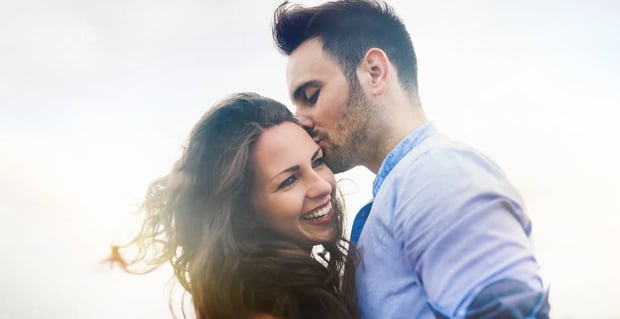 Authentic dating sites are among the most sought-after in the industry. But what does being authentic even really mean?

In her book “The Gifts of Imperfection: Let Go of Who You Think You’re Supposed to Be and Embrace Who You Are,” Brene Brown said: “Authenticity is a collection of choices that we have to make every day. It’s about the choice to show up and be real. The choice to be honest. The choice to let our true selves be seen.”

One of Merriam-Webster’s definitions is “worthy of acceptance or belief.” In regards to dating sites, authenticity means a site that is worthy of your trust and can turn your hopes into realities.

Today, we’re going to explore that topic a bit more while shining a spotlight on 12 authentic dating sites for authentic singles. Another perk of joining any of these sites is that it’s totally free.

Match the company was founded in 1993, and the site was launched in 1995. Since then, it’s facilitated more romantic connections than any other dating site. So, not only is Match one of the most authentic dating sites around, but it’s also one of the most established and successful. Match won’t break the bank either because a basic membership is free and includes limited communication.

EliteSingles is an authentic dating site for many reasons, but perhaps the main reason is that it focuses on quality instead of quantity. Every day, you’re given numerous highly compatible matches instead of dozens of incompatible matches like some other dating sites do. In addition, more than 82% of EliteSingles’ members have at least a bachelor’s degree, and they’re all looking for a long-term relationship or marriage.

Zoosk takes the mobile dating experience to the next level. With your phone, you can find potential dates on your own as well as receive suggestions from Zoosk based on its unique Behavioral Matchmaking System. The more people you like, dislike, flirt with, and message, the more Zoosk learns what your dating preferences are, and the more accurate your matches get.

Thanks to Co-Founder Dr. Neil Clark Warren, eharmony has become a household name in terms of online dating. The former seminary professor, Christian theologian, and clinical psychologist helped create the site’s 32 Dimensions of Compatibility Quiz that all new members take.. The 80-question assessment goes way beyond “What kind of music do you like?” As an added bonus, eharmony also does all the searching for you and it offers compatibility ratings and graphics — all you have to do is decide if you like the person or not.

OurTime is an authentic senior dating site. A majority of users are 50 years old or older, and they come from all over the world and hail from every cultural background. They also vary in lifestyle, appearance, education level, religion, and interests. OurTime is available for free via its homepage as well as the App Store and Google Play Store, and communication features include virtual likes and private messages.

About one-third of the world’s population identifies as Christian, and Christian singles often seek out one another because it’s important to them to be with someone who has similar beliefs. ChristianMingle caters to those singles and has done so since 2001. Liz and Jonathan shared their success story, saying: “We met on ChristianMingle after he sent me a simple ‘Hey, I like your smile’ message. There was such a strong connection immediately. It wasn’t long before… I knew I was in love.”

African-American singles and biracial singles can quickly and easily connect on BlackPeopleMeet. Take a few minutes out of your day to create a free profile, and then browse through the millions of profiles. BlackPeopleMeet is part of People Media, Inc. (a technology company in the online personals space), so you should feel confident that the site can get the job done.

A sister site of EliteSingles, SilverSingles is on a mission to make online dating simpler and more fun for mature men and women. You won’t have to pay a penny to fill out your information and dating preferences, receive your own personality profile, upload some photos, search for and receive matches, and communicate in numerous ways (e.g., virtual smiles and favorites).

Bumble is all about authenticity, and its female-friendly vibe appeals to singles searching for the real deal. Women are the only ones who can initiate messaging in an opposite-sex match (anyone can message first in a same-sex match). Once both people swipe right on each other, the woman has 24 hours to send a message or the conversation will disappear. While Bumble does offer a few premium features, such as seeing who’s liked you and extending your matches, you really don’t need to purchase them to find that special someone.

Founded in 2004, OkCupid has evolved more than many other dating sites out there. For example, the site/app has more than 22 gender identifiers (such as intersex, transmasculine, and two-spirit) and more than 13 orientation identifiers (such as pansexual, questioning, and homoflexible). People in open relationships are also more than welcome to sign up — it’s free for anyone and everyone.

Plenty of Fish has not just a large user base but an active user base — more than 100 million users exchanging more than 1 billion messages a month. The site doesn’t charge for any type of registration or communication, so get to know as many people as you want. Plenty of Fish’s matching algorithm is based on its one-of-a-kind chemistry test that determines your emotional and relationship needs, among other things before it pairs you with other members.

Feel Free to Be Yourself on These Authentic Dating Sites

It’s exhausting feeling like you have to put on a charade in front of people, and it’s frustrating when you can tell that that’s what people are doing to you. On the 12 dating sites on this list, you can say goodbye to games, tricks, scams, and deceit and say hello to authenticity. You can also say goodbye to overpriced online dating experiences and hello to something that’s more budget-friendly.

How Much Does Match.com Cost? — 3 Affordable Pricing Options

Sign Up for Match.com for Free: 5 Quick & Easy Steps