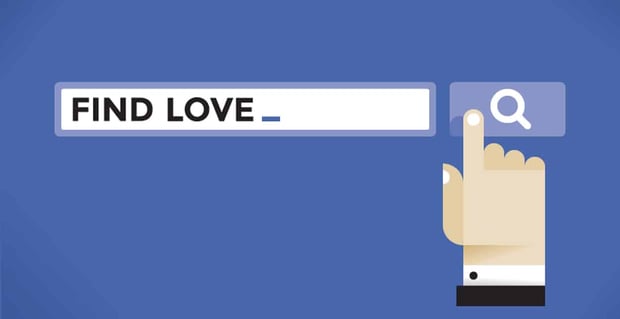 Dating and finding love on Facebook isn’t anything new. I created Facebook Love Stories in 2013 — five years before Mark Zuckerberg announced at the 2018 F8 meeting that Facebook was entering the dating space.

The announcement has resulted in a media frenzy — from some questioning how apps like Match and Tinder will be affected to others worrying about protecting their privacy.

The reality is Facebook has always had the potential of quickly becoming one of the world’s largest dating sites. If you remember when Mark Zuckerberg created Facemash in 2003 as a student at Harvard, which then became The Facebook in 2004, the social networking site was launched to rate the attractiveness of college students. That sounds similar to how dating exists today, right?

On Thursday, Sept. 5, 2019, Facebook Dating officially launched in the U.S. Here are some facts we know:

Of the 2 billion+ users on Facebook, approximately 200 million are single.

That’s a substantial built-in user base to tap into, should a large percentage decide to create a profile on Facebook Dating.

Facebook is another large dating pool you should consider.

Charmaine Hung, a program manager for Facebook Dating, told Yahoo that the company is against gamification in online dating: “On the new feature, you’ll have to scroll through a person’s entire profile before hitting “Interested” or “Pass.”

Facebook Dating initially launched in September 2018 in Colombia, and soon after expanded to Canada and Thailand in October 2018.

The service is live in Laos, Malaysia, the Philippines, Singapore, Vietnam, Mexico, and every country in South America except Venezuela. It went live in the United States in September 2019.

At the Facebook F8 Developer Conference, where Mark Zuckerberg announced Facebook Dating, he said, “This is going to be for building real long-term relationships, not hookups.”

Most of us in the dating and technology industries see Facebook Dating as a fit for singles over 40, and not a service focusing on millennials and Gen Z, who are swiping and spending time sliding into DMs on Instagram.

4. This Will Be a Service Within Facebook’s Existing Platform

Unlike Facebook Messenger, which is a separate app, Facebook Dating will be a service within the existing Facebook platform or an app within the primary app. This means it’s simple to use.

Users can create their profile by filling in the usual fields your first name, city, age, gender, work, education, and, of course, a uploading photo. You can write a bio of up to 500 characters to describe yourself, and you can use 12 tiles with preset questions as icebreakers for your profile.

Examples of Facebook tile questions are “What song makes you sing along?” or “What book or story means the most to you?” If you tap on one of these or any other suggested questions, they will appear in your profile until all 12 tiles have filled the space.

According to HuffPost Canada, “Unlike Bumble or Tinder, where messaging can only start once both people have indicated they’re interested in one another, you can message someone on Facebook Dating before they’ve made it clear they’re also interested in you — but only once.”

If the recipient of your message isn’t interested and doesn’t “like” you back, you can’t send a second message.

Because Facebook Dating is location-based, you’ll match with singles nearby that are within your age requirements and who have liked the same pages or attended similar events.

But why keep your solo status a secret? If you’re single and would like to meet someone special, posting is a simple way to let your friends know you’d like to get fixed up.

6. Anyone Who Opts in Can Potentially See Your Profile

Anyone who joins Facebook Dating can potentially see your profile. The good news is that your friends won’t see your profile, and all of the 2 billion members on Facebook can’t see that you’ve joined the dating service unless you decide to post about it on your timeline.

Signing up for Facebook Dating means other people who’ve signed up can probably see your profile. Just keep that in mind.

Since it will take a while for new people to join Facebook Dating, if you notice that you aren’t getting enough matches, you can cast a wider net by changing your privacy settings for your profile to appear among friends of friends.

You can block people from seeing your profile, which is easy to do on most dating apps. You can also make a list of people to exclude from viewing your dating profile so you won’t be matched with your boss or your ex.

While Facebook has been testing its services in select countries, it’s now targeting its U.S. audience just in time for cuffing season and to help you find a Valentine’s date.

In a blog post, Facebook announced which features singles can start using in the U.S. They will be giving people the ability to integrate their Instagram posts directly into their Facebook Dating profile. By the end of the year, you’ll be able to add Facebook and Instagram stories to your dating profile.

8. The Secret Crush Feature Lets You Anonymously Like Friends

After Facebook Dating launched, a new feature became available in 2019 called Secret Crush. This feature lets you view your friends list and decide if you have a crush on anyone you believe is single.

With Secret Crush, you can let friends know you like them, but they won’t be notified unless they like you back.

Your crush will have to add you to their Secret Crush list as well to create a mutual match. Then both parties will be notified, and you can let the digital cat out of the bag. But if they aren’t on Facebook Dating, your secret crush will remain just that, a secret forever.

Another note on Secret Crushes: Think carefully before you select who you have a secret crush on, as you’re only allowed to add one a day until you hit the maximum of nine crushes.

Just like Facebook, Facebook Dating is free to join. Premium features may be added along the way, but Facebook Dating’s goal is to build critical mass so singles can easily find someone close by to date.

10. You Should Receive a Notification on Facebook Once the Dating Service is Live in Your Area

Once Facebook becomes available in your area, you’ll receive a notification in your newsfeed that says “Introducing Dating on Facebook: Now you can connect with others in a private space for dating.”

You’ll then have the option to click on “Not now” or “Learn more.” A heart icon may also appear on your profile to notify you it’s time to set up a Facebook Dating profile.

Since safety is a prime concern for all of us in the dating industry, rest assured that Facebook is on top of it. Users can share details of their date in advance with a friend they trust on Facebook Messenger, and they can even post the live location of their date. Plus, remember you need to opt into the service.

I say you should always cast a wide net, so if you’re single and aren’t using dating apps, Facebook Dating is for you. If you’re already dating online and are spending time on Facebook, there’s no reason not to try it out, as many singles will join who aren’t using dating apps. You can always opt out if you meet someone special or take a break and resume another time.

7 Surefire Ways to Find a Date by Valentine’s Day

7 Quick Ways to Meet Singles in My Area