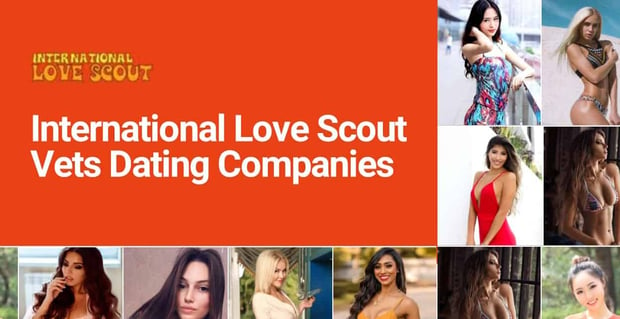 During the economic downturn of 2008, Charlie Morton was out of work and single, so he spent a fair amount of time in the online dating world. As an avid traveler with multiple degrees, he had a particular interest in international dating and did a lot of research into how it works and what options are out there.

The deeper he dug into this world, the more it intrigued him, and he came up with a plan to contribute to international dating’s success.

“I saw all these international dating sites, but no site that put them all together,” Charlie said. “I decided to pick the coolest and most interesting profiles and highlight them.”

International Love Scout launched at the end of 2008 to bring greater clarity to the international dating scene and help single men find authentic dates more quickly than they could on their own. The idea was to promote real dating opportunities and combat the scams and misinformation in the industry.

Today, International Love Scout continues to be a leading authority in the international dating world — and it has gone far beyond just posting profiles. The team now vets reputable dating companies and shares reviews that cover the services, audience, and safety practices involved.

Charlie has spent countless hours researching this field and has discovered the truth behind the misconceptions. He has interviewed matchmakers, met international daters, and read dissertations and studies to get a well-rounded perspective on the international dating scene.

“An overwhelming amount of academic research into international dating says it’s good for guys and life-changing for the women,” Charlie concluded. “That’s kept me in the business. I would’ve closed down the site if it’d turned out to be a bad thing.”

International Love Scout is a comprehensive resource for anyone who’s curious about international dating and marriage. The website has ranked and reviewed matchmaking services that specialize in introducing Western men to foreign women and facilitating an international marriage.

Charlie said he makes a point to distinguish upstanding agencies from the scammy contact-only sites that give the industry a bad name.

Charlie has lived in Ukraine for six months and visited the region’s well-known international dating companies in person. He said the reputable ones stood out immediately. International Love Scout endorses A Foreign Affair, Elena’s Models, and dozens of other agencies with proven track records

“Some of these people have been around for years, and they’re really at the top of their class,” he told us. “They’re dedicated to actually bringing people together and inspiring marriages.”

Dating and marrying someone abroad can be a daunting prospect, especially for singles who don’t have experience in international dating. Fortunately, Charlie and his team of experts have compiled informational resources to put people’s minds at ease.

International Love Scout provides practical advice for international daters seeking love in Eastern Europe, Latin America, Asia, or Africa. The website draws from academic research and studies to address the common concerns that people have about the industry. Plus, its experienced writers can describe the international matchmaking process in detail so singles know what to expect.

Whether it’s promoting dating archetypes or outlining international dating’s legal protections, International Love Scout puts men in control of their dating destiny and challenges them to expand their search for the perfect woman.

As an international dating expert, Charlie continually runs up against rumors and false beliefs about the industry. He has faced accusations of being a pimp and a scam artist by pointing to the facts and letting people see what so-called mail-order bride services can actually do for people when they’re operated in good faith.

A Foreign Affair CEO John Adams has been married to his Russian bride for over 20 years.

“You have all these memes and snarky remarks out there, and some people buy into the idea that it’s just a scam,” Charlie said. “A bad story gets more press than a good story, but there are thousands more good stories about international dating.”

Charlie promotes reputable companies to encourage people to see the industry in a different light. International Love Scout has collected proof that international dating sites can work and lead to marriage.

International Love Scout speaks up on behalf of a community of couples who fell in love through an international dating service. Such couples often don’t tell friends or family members how they met for fear of facing judgment or accusations.

“These are the stories that people need to be reminded about,” Charlie said in an article about a real-life international marriage. “No one should be shamed or ridiculed for making the choice to try to find love and have a better life for themselves and their children.”

Charlie and his team are on a mission to legitimize international dating and legitimize the marriages that spring from it. That way, couples can come out of the shadows and take pride in the bravery and open-mindedness it takes to create a cross-cultural relationship.

With each article and review, International Love Scout chips away at the negative stigma against international dating and creates a dialogue about what a loving and healthy marriage looks like.

Charlie is a passionate advocate on behalf of international dating and marriage. He has spent years investigating this niche world and meeting professionals who go about matchmaking the right way. He told us the good companies far outnumber the bad ones, and he uses International Love Scout to spread the word about the honestly helpful services out there.

International Love Scout disseminates information about the ins and outs of international dating. The website’s reviews and blog articles highlight the benefits of seeking love on foreign shores, and its recommendations can help singles prepare themselves for an adventure abroad.

“It’s a constant challenge for us to educate people,” Charlie said. “We try really hard to have good content where we answer important questions about what international dating is actually like today.”