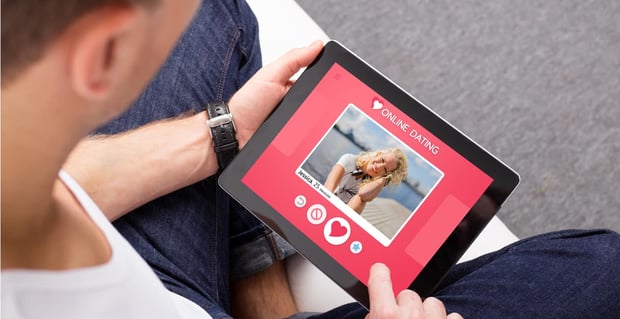 When you’ve been single for a while, you probably feel like the town you live in is the most difficult city for dating. The truth is dating is challenging in every zip code and for every gender.

While you may think dating, especially online dating, is easier for men because they often do the choosing and society allows them to date a wider age range of people than women are afforded, the reality is dating for men comes with a lot of obstacles and emotions.

Here are eight reasons why:

1. Height Matters to a Lot of People, and It’s Not Fair

If you’re wondering how you’ll measure up, for the most part, women tend to be picky about how tall a guy is, or at least they think so when searching for love online.

The reality is only 14.5% of men in the United States are 6 feet or taller.

That means 85% of guys often don’t have a chance if they’re shorter than 6 feet. Since women seek to find a man they can look up to, if you’re under 6 feet tall, you may get a left swipe.

To compensate for this, some men lie about their height in their profiles, with the hope that they’ll sweep a woman off her feet with their wonderful personality and sense of humor while seated, or while curled up together on the sofa.

2. Men Aren’t Sure If a Woman’s Age is Accurate

Truth in advertising is something you hope for when you’re swiping left and right on dating apps.

While some women post their actual age, a large number lower their age by about five years to fit into a search. This practice is more noticeable when a woman celebrates a big birthday. You know, the ones that end in the number five or zero.

Studies show many women will lie about their age to make themselves younger on their dating profile, and men are catching on to that.

If a guy has gotten burned after meeting a woman who is 59 when he expected to meet a 39-year-old woman, that experience will make him reluctant to believe the truth about the next 29-, 39-, or 49-year-old.

You see, age for women is like height for men. Guys wish they were taller, and women strive to look younger to raise the attraction level.

Guys who have gotten burned in the past about an inaccurate age become leery of the next date — thus creating a pickier selection process and reducing the number of dates they’ll go on.

3. A Man’s Financial Security is Always on the Date Card

When men view potential matches, they will find the cliché of “looking for a financially secure guy” on a large percentage of women’s profiles.

While a guy doesn’t want to be judged by the size of his wallet, most men feel they need to include their financial status on their profiles to appear a better match in a competitive dating landscape.

Still, guys question the authenticity when a woman says she’s looking for a high achiever or someone who’s financially stable. Men secretly wonder if that’s code for wealthy, and it’s a turn-off.

The truth is jobs come and go, and being fiscally responsible is a desired trait that will go the distance. Combined with a good heart, know that you’re an excellent package regardless of your bank balance.

4. Dating is More Expensive for Men

The accepted custom through the years has been that a man typically pays for the first date. That’s still the case today, and dating comes with a price tag.

If a guy wants to impress a woman, he’ll select her favorite restaurant or something with the hope that he’ll get lucky, either in bed or to start a meaningful relationship.

Even if you just go on coffee dates, if you’re paying for all of them, that adds up.

These pricey first dates often end up being what’s known to many as the “one-and-done date.” It’s not a good deal.

If someone goes on three one-and-done dates a week, multiply that by four weeks, and 12 dates can cost somewhere between $1,000 to $1,500 a month. If you’re meeting for coffee, chances are you’re still spending about $150 to $200 a month for coffee dates.

Walking dates are affordable, but then you may come across as cheap. Splitting the bill isn’t an option for a first date because it will instantly send you to the friend zone, most likely with a one-way ticket.

5. Women Wait Longer for Sex, So Men May Move On

A man will undress a woman with his eyes while on a date, or even when he’s looking at photos on her profile. The truth is both men and women want to have sex. A large number of men would like to have sex on the first date, while women typically want to wait until there’s a level of commitment.

This waiting game of trying to decide if you have chemistry and if you should get under the sheets together puts a lot of pressure on men.

Some guys still play by the three-date rule and will ditch a date after three attempts, while others, and most, are willing to wait until the woman is ready to have sex.

The bottom line is if a guy’s not willing to play the waiting game, he’ll become frustrated and move on. His date card will be full, but his scorecard will be empty, creating a massive frustration with the dating process.

6. The Pressure on Men to Be Amazing in Bed

Speaking of sex, when you and your date have mutually decided it’s time to get physical, the pressure and the desired build-up may result in performance anxiety and the fear of being a zero in the bedroom.

It’s for this reason that so many men of all ages are popping pills if they think sex is on the table. And if you’re wondering if a woman will tell her friends that you’re great in bed, she probably will.

There’s a lot of pressure on men to blow a woman’s mind the first time they have sex.

Sexually speaking, foreplay is a must, and if you’re not performing to her liking on the first try, you may not get a second chance. That’s an enormous amount of pressure for any guy.

Having a healthy sex life is essential for both women and men, so it’s important to have a chat about your desires so you can feel comfortable with the pace and look forward to a repeat performance.

7. A Man’s Insecurity and Anxiety is A Buzzkill

First impressions and chemistry matters. Bringing your A-game is a must for a first date if you intend to put a second date on the calendar.

There’s a recipe for success when it comes to dating, which includes being hugely confident, having fun while flirting, being respectful, and not acting too needy or desperate for a relationship.

If this sounds complicated and exhausting, that’s because it is. The dating process can be hard for men. This is why you may get the feeling of online dating fatigue or dating burnout.

When you’re feeling insecure because your last girlfriend dumped you, or you’re having work struggles, it can often show up on a date, putting even more pressure on yourself to impress the woman you’re wooing.

Remember that confidence is the ultimate aphrodisiac. Please don’t leave it at home.

8. Men Often End up in the Friend Zone

A woman will put you in the friend zone for various reasons. You may remind her of an ex or a sibling, or your nervousness and negativity may turn her off.

While being friend-zoned is considered the kiss of death in the dating world, do yourself a favor and prepare a list of off-limit topics you can’t chat about on a date.

Being put in the friend zone is seen as the kiss of death in the dating scene.

These would include anything about your ex, work problems, health problems, and anything where you don’t bring the best version of yourself on a date.

If you find yourself friend-zoned, it’s not the end of the world. If you like someone enough to want to be friends, make sure to ask them if they have any friends they can introduce you to, and offer to do the same in return.

Keep an Optimistic Mindset, Take Breaks When Needed, and Be Willing to Put in Some Work

Despite all of these challenges men may struggle with, dating is alive and well and thriving. Don’t get disillusioned by a few bad dates. Everyone’s experienced that.

Look at each date as an opportunity to expand your social circle, and if you’re lucky, you’ll connect with someone amazing when you least expect it.

As I always say, the squeaky wheel gets the digital love deal, and patience is a virtue.