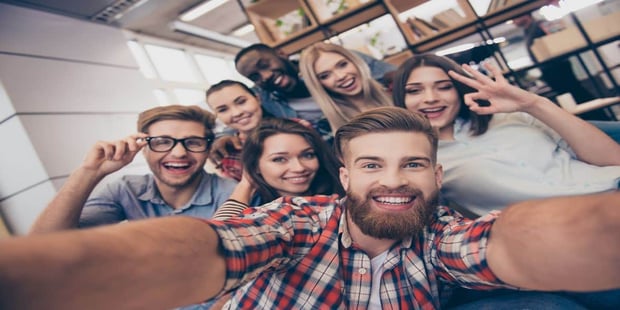 There can certainly be strength in numbers, though that axiom is usually reserved for wars or political movements. But what about in terms of dating?

Now more and more Americans would rather take another couple along for the first date experience.

In a recent study conducted by DatingAdvice.com, heterosexual Americans were three times more likely to go on a group first date than gay men or lesbian women – 20 percent versus 7 percent, respectively.

Brian Rzepczynski, DatingAdvice.com’s gay dating expert, said in the gay community, there tends to be more of a comfort level having that one-on-one experience on a first date than in a group context.

“For some, it could originate from the very roots of homophobia and the historical context of having lack of support and validation for gay relationships and access to others. For others, it could be a fierce independence and preference to not be on public display for such a vulnerable and sensitive moment and all the potential pressure this could possibly impose,” he said. “What it comes down to is the preferences and comfort levels of the pair and what works best for them, which will be highly variant across the dating partners’ spectrum.”

times more likely to go on a group date.”

Women and middle-income earners were also among the most likely demographics to prefer going on a group date for the first romantic outing.

Twenty-seven percent of women answered in the affirmative, while only 12 percent of men did so.

Among the least likely groups to approve of this type of date was divorcees, younger Americans and African-Americans.

Divorcees had a 29 percent lower likelihood of going on a group date for the first date than singles.

The Breakdown: Americans Who’d Rather Go on Group First Date