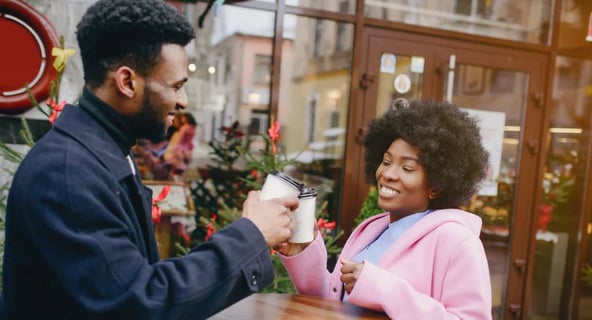 When it comes to getting to know one another on a first date, how much is too much to share, especially in regards to breakups and exes?

In the latest DatingAdvice.com study, we found more than three in five Americans would not talk about their past relationships on a first date.

Hispanics stood out as the group most likely to avoid this topic, with 75 percent opposing the idea compared to 61 percent of Asians.

Younger Americans and low-wage income earners also were hesitant to bring up this subject when on a first date.

about past relationships on a first date.”

DatingAdvice.com women’s dating expert, Rachel Dack, said she thinks the differences in response by gender, race, marital status, age and other factors provide important insight about first date behavior and the varying levels of comfort in getting to know someone new.

“As a whole, it is safe to say we are making first dates more about connecting with a potential partner in the present as opposed to dishing out our dirty laundry and relationship past too soon,” she said. “This is really good news for the health of our relationships because we are more focused on building a connection before opening up about exes, past relationships, etc.”

On the flip side, women and divorcees were among the least likely groups to stay away from this subject matter.

Singles had a 14 percent higher likelihood of ruling out this as a first date topic than divorcees.

Regionally, the differences were a bit harder to spot.