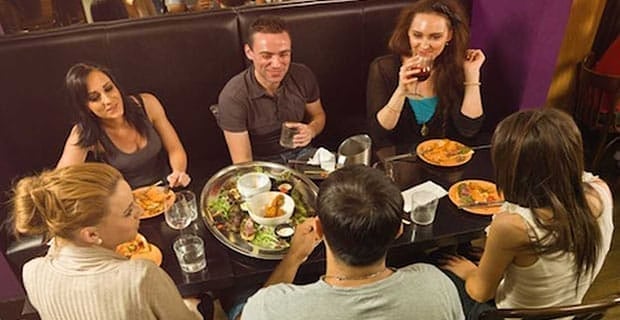 In high school, group first dates were the way to go – often because your parents said so. As an adult, you may have traded in a gaggle of friends for some one-on-one time – or maybe not.

As it turns out, there’s more appeal to group first dates than just your mom agreeing to them.

In our latest DatingAdvice.com study, we asked more than 1,000 Americans to see if they would prefer to go on a first date in a group or one on one.

Surprisingly women are more than 2x as likely as men to prefer a group first date. Women also are the most likely of any demographic to feel this way, with 27 percent of respondents expressing this preference.

We asked Gary Lewandowski Jr., the chair of psychology at Monmouth University and co-creator of ScienceofRelationships.com, why more than one in four women would opt for the group dynamic the first time they’re going out with someone, and he offered some interesting insight.

“Women are more than 2x as

“Women may be more likely to go on first dates as a group because it provides an additional sense of security,” he said.

When women are seeing someone for the first time, especially if they don’t know that person well, having others around can be seen as “safer.”

Not only does a group first date keep a woman feeling physically secure, but it also allows her to relax. She feels assured that there won’t be any awkward lulls or forced conversation with more people around.

As well, having additional people on a date is a great opportunity to learn more about other couples. Lewandowski shared research by Rich Slatcher from Wayne State University that shows the more couples talk to one another, the better friends they become.

These improved friendships also benefit your relationship, making you feel closer to your date.