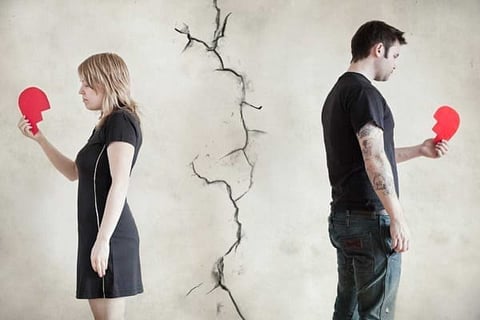 They say you never forget your first love. This seems to be especially true the immediate hours, days and weeks following any relationship’s end.

The wallowing, the runny mascara, the Adele-dominated playlist blaring on repeat — we’ve all been there. Somewhere in the cookie-dough-eating abyss, we find ourselves wondering if this mourning process is helpful to the moving on process.

I can’t attest to the cookie dough therapy (except in the interest of instant gratification), but according to this study, it seems reminiscing on a relationship can actually be the first step to recovery.

Heartache is helpful? How so?

She assembled a group of 210 recently-separated singles to participate in her research. More than 100 of the participants came into the lab frequently for interviews and discussions recollecting their relationship and breakup experiences. The remaining 90 came in for initial and exit interviews only.

The first group reported decreases in feelings of emotional distress over time. While talking about a breakup is not a sure cure for a broken heart, the relationship reflection process seems to have positive implications that lead to emotional healing.

For those who have recently reached a relationship’s end, a major source of distress is the loss of one’s self-identity. Oftentimes, one’s sense of self becomes lost in a relationship. “Me, myself and I” becomes “we, ourselves and who the heck am I?”

Larson told Capital Public Radio she found those who routinely came into the lab felt talking about their failed relationships helped them rediscover “who they were as single people.” That self-concept rediscovery can, in turn, have positive ramifications on overall emotional well-being.

the group changes in self-reported loneliness.”

What does this mean?

While there is no surefire cure for a broken heart, steps can be taken to mend the side effects. Reorganizing your self-concept via conversational coping mechanisms can lead to decreased feelings of loneliness and devastation that often follow a breakup.

You don’t have to have a social psychology student and a research lab at your disposal. Just grab a girlfriend and a gallon of Ben & Jerry’s, and go ahead and indulge in some surprisingly-healthy reminiscent therapy.