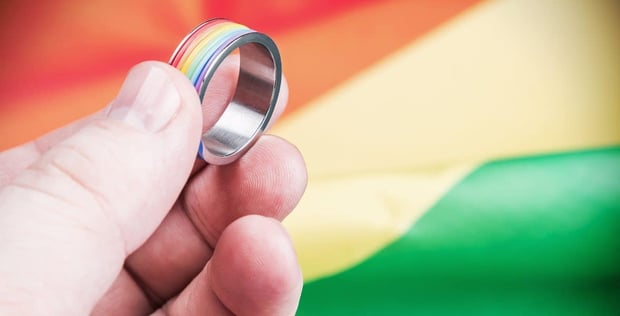 As individual states grapple with the issue of same-sex marriage, new research finds legalizing such unions will likely increase the odds that some of those couples will split up.

Study authors Amy Farmer and Andrew Horowitz said the cost of moving to a state where same-sex marriage is legal plays a large role in a breakup.

However, they are quick to point out they are not advocating against legalized gay marriage.

“Though this and our other findings suggest legalization may not be advantageous for all same-sex couples, we are not advocating for same-sex marriage to remain illegal,” Farmer said.

“We’re simply focusing on economics of the household, showing how this rapidly changing issue – through legislation and court decisions – will affect people in this area.”

Farmer, a professor at the Sam M. Walton College of Business, spearheaded the research with Horowitz, who is a colleague in the school’s economics department.

The escalation of relationships

For the study, Horowitz developed a strategic theoretical model of the escalation of relationships through dating and cohabitation up to marriage.

This was done with the existing context that the future of same-sex marriage is uncertain and could involve relocating to a friendlier jurisdiction.

Stage one of his model showed participants revealing a preference for cohabitation, while stage two followed those couples who did move in together.

The third stage saw couples facing the decision to either continue dating, marry or exit the relationship.

“Relocation costs increase the risk of

a breakup among same-sex couples.”

The effects on the couple

The cost of such choices was seen to be a considerable factor in driving decisions, such as the relocation costs associated with moving to a state where such unions have been sanctioned.

Despite falling costs to actually migrate between states, the results revealed legalizing such unions actually increases the risk of a breakup among same-sex couples.

The opportunity to legally marry, the study suggests, can often prompt a re-evaluation among partners as to their plans together for the long term.

Should one partner be considerably less inclined to get married, it can generate an issue that otherwise was not a reality.

“So the marriage option can create friction if preferences differ,” Farmer said. “That friction might result in a relationship hazard.”

The study is published in the Southern Economic Journal.