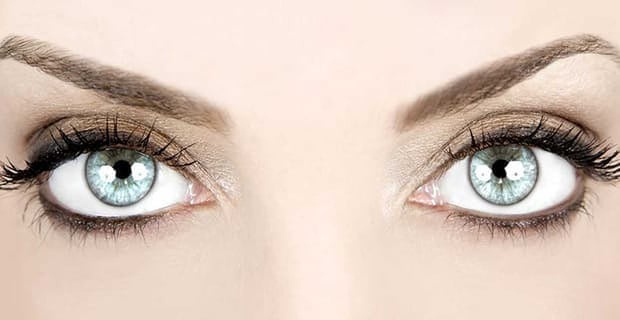 What’s the easiest way to determine a stranger’s sexuality? A new study suggests the secret to learning what turns a person on lies in their eyes.

While the scientific community has long speculated an individual’s eye dilation indicates their arousal, the first large-scale experiment testing this hypothesis has only just been performed and released. One of the study’s researchers, Ritch Savin-Williams of Cornell, reports the study confirmed the community’s suspicions and demonstrates an individual’s pupils dilate when they see something they personally identify as arousing.

Pupil dilation is linked within the body to the autonomic nervous system, which controls other involuntary physical actions, including your heartbeat and breathing patterns. Like other involuntary physical reactions, an individual’s pupils respond to a variety of different stimuli, with dilation occurring anytime that individual encounters any stimuli they find either fascinating or interesting.

“An individual’s pupils dilate when they see

something they personally identify as arousing.”

Researchers believe the involuntary nature of pupil dilation makes it a superior method of measuring arousal than previous laboratory studies that focused on measuring genital swelling or relied on participants’ truthful responses.

This most recent study focused on 160 women and 165 men (gay, straight and bisexual) who were presented with pornographic material corresponding with their stated preference, in addition to nonsexual landscapes. In addition to reporting their personal feelings of arousal, an eye-tracking camera recorded and measured changes in the participants’ pupil size.

Once the results were tallied, the researchers found their hypothesis confirmed as the data conformed with accurately recorded data from previous arousal studies. Men were found to experience pupil dilation when confronted with pornographic images related to their stated sexual preferences.

Interestingly enough, straight women experienced dilation in nearly equal amounts regardless of their stated sexual preference and the nature of the pornographic imagery they experienced. This sign of nearly universal female arousal also corresponds with findings from previous arousal studies, though researcher Ritch Savin-Williams notes these findings do not necessarily indicate all women are inherently bisexual.