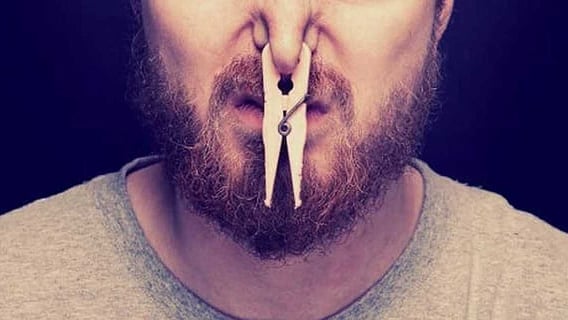 Pheromones have been known to be a powerful source of sexual stimuli.

But could these barely discernible scents be wired into our own sexual orientation?

New research, which was published in the journal Cell, suggests straight women and gay men will respond to the same male pheromones, while heterosexual men will not have the same response.

Professor of psychology Wen Zhou, of the Chinese Academy of Sciences, found a link between our self-identified sexual orientation and an ability to respond to different pheromones.

Participants in the research were exposed to two types of pheromones – estratetraeno (found in female urine) or androstadienone (found in male semen and sweat).

The experiment was designed to simulate the same pheromone exposure seen when a person simply approaches someone else.

With all of the subjects, the actual odor of the pheromones used was disguised with cloves, even though these smells are usually undetectable beyond the brain’s response.

Meanwhile straight men were more likely to sense femininity after exposure to the female pheromones.

Lesbian and bisexual women, however, had more of a mixed bag of responses, less cut and dry than those seen with gay men or heterosexuals of either gender.

What the results confirm

This suggests a biological component is at work when determining sexual orientation.

As Zhou puts it, “Such chemosensory processing operates below awareness yet significantly modulates visual gender perception, indicating itself as part of the human gender code in the brain.”