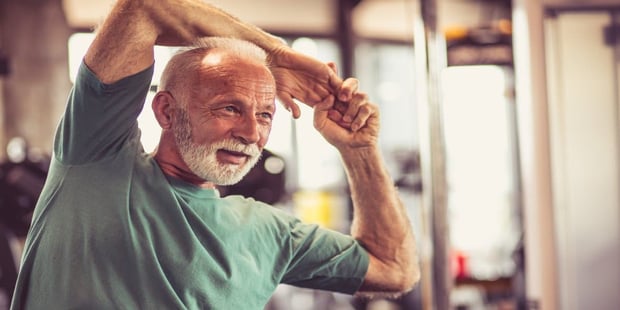 As a man, there’s nothing more attractive to the women you meet than you being masculine and being able to express that.

Most of the dating advice geared toward men is really advice on how to “step up” as a mature man, both in dealing with women and life in general.

This poses a challenge for most men because masculinity has become somewhat of a lost art, and most men don’t even know what it really is (let alone how to do it).

Some men are confused about what it means to be a real man. There’s a fear their own personalities won’t measure up to other expectations of masculinity.

To make matters more complicated, our society has some ideas about masculinity that are either off the mark or miss it entirely.

I often hear from male clients that they believe they could attract women – if they were willing to act like a jerk! But they don’t want to do that, and being a nice guy doesn’t seem to get women interested in them, so they are stuck.

The good news is true masculinity is not about being a jerk or a jock or any of those stereotypes. Masculinity is more about taking personal responsibility for yourself and your life and developing the ability to inspire others.

Masculinity and femininity are not gender assignments.

You are not required to act a certain way just because you are biologically a man (or a woman).

Masculinity and femininity are ways of being that men and women naturally transition in and out of throughout their day, depending on what context they’re in. This is similar to the way you might feel energized in the morning and more relaxed or sluggish in the afternoon.

Masculinity attracts femininity and vice versa, so getting yourself in a more masculine state around women will make you more attractive to them.

Here are three myths about masculinity and the truth behind them:

Masculinity is about how you act and how you carry yourself, not how you look. There are plenty of men who rock six-pack abs and killer biceps who lack masculinity and vice versa.

It’s your character, not your looks, that makes you masculine (or not).

Then why when we think of masculine men, do many people picture a muscular dude at the gym?

While masculine men can come in all shapes and sizes, most take pride in taking care of themselves and their body. This usually results in looking and dressing a certain way.

Standing up straight, walking and moving with confidence, keeping yourself in shape and well-groomed and dressing stylishly are all reflections of who you are on the inside and they do matter.

“The more you care for yourself, the more

your natural masculinity will come out.”

One of my friends has been in a wheelchair his whole life due to a degenerative bone disorder. Because he eats right and exercises as much as he can, he is attractive to many of the women he meets (and is now married) despite having a body that is far from “perfect.”

So while you don’t need to be the next “Ahnold” to be masculine, paying attention to your health, hygiene and personal style will make a huge difference in how attractive you are to women.

2. Real men are rude and aggressive.

Masculine men do go after what they want – but not at the expense of others. If some dude is acting like a jerk, then it’s very likely he is insecure and overcompensating by being loud, aggressive and pushy.

Despite the myth, women are not attracted to jerk behavior. If a woman is dating a jerk, it’s likely she’s mistaking his bravado for true masculinity (women can buy into the myth that aggression equals masculinity, too) due to her own insecurities.

Truly masculine men are leaders, not dictators that rise to power by instilling fear in others (in other words, by being a jerk, or worse, by being violent or coercive) but by inspiring others to want to follow their lead.

The latter is only accomplished by being kind and cooperative with others.

Assertiveness is part of being masculine, but it’s not about being mean or taking advantage of others. It’s about moving forward and going after what you want, while respecting other people’s boundaries in the process of achieving personal success.

Once I was out with a group of people at a club in Hollywood, and one of the guys in our group and I went up to the bar together to order drinks.

He ordered a beer and I ordered a Cosmopolitan. When the bartender handed me my sweet, pink cocktail, my friend looked over at it longingly and said, “That’s what I really want. I don’t even like beer, but I can’t be seen in the club drinking something that looks like that.”

He’s certainly not the first man I’ve known who has expressed an inability to do something (whether it’s order a certain drink, watch a certain movie or wear a certain kind of style) because it’s too “girly.” This kind of self-inflicted misogyny will get you nowhere.

True masculinity is not about fitting into a preconceived stereotype. It’s about expressing your authentic self without worrying that others will judge you for your preferences.

A masculine man can order whatever drink he wants, and doing so will be sexy because he’s the one doing it.

Even if some woman sees him and teases him about it, it wouldn’t bother him. In fact, he would probably use it to his advantage as a way to start flirting with her.

Here’s the good news: Any man can develop the kind of masculinity that makes a woman melt this way. The key is to develop yourself in general.

The more you care for yourself and your body, the more your natural masculinity will come out and women will take notice.

How to Catch a Cougar: Step 2