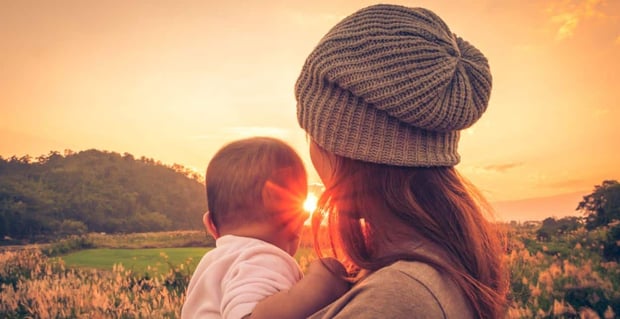 People date with all sorts of intentions. If you are looking for a potential long-term partner, as many of us single moms are, then I hope these words find you:

If you approach dating from a place of scarcity, insecurity and neediness, then you will never, and I mean never, find a date and/or partner who will treat you with the respect and dignity you deserve.

Whenever I sought out a man to save me, I rushed into a relationship without taking reasonable time to get to know his intentions and character.

As a result, I dismissed red flags and was prone to projecting a desired fantasy image on to him, which was, as I would always discover, not at all based in reality. That’s how I became a single mother in the first place!

Single mothers are the most vulnerable demographic in the dating world to being treated poorly.

Because many of us single moms, especially if we have young children, are struggling to satisfy the emotional and financial needs of our kids and are in turn longing for someone to support us.

It’s hard being a single mom and some of us fear we are less desirable to men as a result.

Couple that insecurity with many of us in our 30s, 40s and 50s who may also have a tragically misguided and distorted sense of urgency to find a mate before becoming too old and accept an obscenely low standard of treatment as a result.

This is a dangerous frame of mind to date within.

Without self-esteem and self-worth, the single mother lacks the ability to create the healthy dating boundaries and standards required to discern between a quality partner and a predatorial player.

Having established clear goals and boundaries from dating, I am no longer a victim to the epidemic of online players who are only interested in dating women for sexual gratification.

Just last week I met someone from an online dating site who was clearly grooming me in a highly manipulative way.

See if any of this looks familiar:

These online dating sites are loaded with these kinds of predators who look for women they perceive to be vulnerable, like single mothers, and use flattery mixed with the possibility of love and family to subdue them into sexual submission.

Predators only seek out easy prey, and if a woman is resistant to their con, they will quickly move on to their next target.

The only way for a woman to assess the authenticity of a potential suitor is to have clearly defined boundaries and standards.

We single mothers have gone through too much to end up exactly where we started with the wrong men, and we also have the well-being of our precious kids to consider.

Now is the time to know our worth and be picky! Time always reveals a person’s true character and there are no shortcuts.

I always remind myself of the quote from Candace Bushnell, which is especially true for single moms, “Better alone than badly accompanied.”

Hayley Hofbauer is a Toronto, Canada-based comedy writer and actor. Most importantly, Hayley is a proud single mother who honestly reveals the realities of divorce, dating, parenting and reinvention through her blog The Single Mother Diaries. Follow her on Facebook and Twitter.

How to Introduce Your Children to Your New Boyfriend

What Single Moms Think About Dating