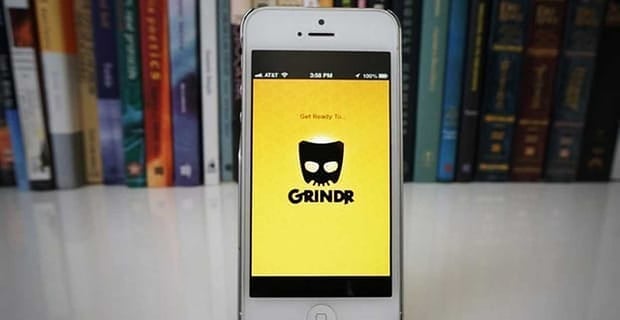 There are no qualms about it…we live in a digital world now where technology is king and information and immediate gratification is readily available with the click of a button.

It’s even impacted our dating and sex lives.

In a matter of seconds, you can pull up a slew of pornographic images to whet your sexual appetite or peruse a dating site to scan for potential matches with your cell phone or laptop when you’re on a break from work or traveling home on a subway. It’s that easy now!

But with this quick accessibility and push-button mentality, does it really serve the needs and ultimate prognosis for those single gay men who are seeking a soul mate for a long-term partnership?

Can you find love on Facebook? Is Match.com and all those other dating sites the answer?

Let’s do an examination of the pros and cons of using social media in your dating efforts to see how it shapes up.

The pros of social media as a dating platform:

In a busy, hectic society when we have little time available to go out socially, if we live in a rural area with lack of access to a visible gay community and find it difficult to decipher who’s gay versus straight when out on the town, social media makes for a great leveraging tool to meet other single gay men.

While we are a lot more “out” and visible than ever before, social media has expanded opportunities for us to meet other men in a way we have never been able to before and has increased the odds of connecting with our single gay cohorts.

Social media has made it possible to get to know someone before actually meeting in person, allowing us to screen for compatibility and saving us time and energy in the process.

As long as this process isn’t too extended, this is a great time management asset.

It’s also a great way to break the ice and can be a good resource for shy guys to practice their social skills.

And let’s face it, it’s titillating! It’s another forum for flirting, confidence-building and revving up the excitement and anticipation of meeting.

But there’s also an inherent risk to this if you’re not careful, as you’ll soon see below.

on one particular dating platform.”

Social media is more impersonal and less threatening than face-to-face interactions, therefore it makes one more susceptible to saying or doing things he might not in person and could sabotage a potentially good thing.

Social media has the tendency to accelerate the dating process (or cause it to come to a crashing halt!) if one isn’t cautious.

Because we haven’t met the guy in person to really see his true self, we can begin to build up a fantasy of him in our heads of what we’d like him to be.

Then one or two scenarios can happen:

One, once you meet him in person and the fantasy doesn’t match the reality, all the hopes of a match come crashing down and makes for a very awkward encounter.

Pacing rituals and the courtship process get thwarted because the connection can get sexualized and boundaries are more likely to get compromised.

What could’ve had a promising future results in a mere hookup situation because a foundation for a relationship didn’t have the chance to properly be established before introducing sex into the equation.

That’s why a great majority of the gay social networking sites are so sexualized. These businesses have capitalized on the fantasy aspect and are raking in millions of dollars because of their recognition of this vulnerability.

And research has shown social media has increased the opportunity and incidence of cheating and affairs for those already in relationships.

Social media can also make communication difficult. The written word in texts or chats can easily be misinterpreted and a lot of erroneous assumptions could be made that might sabotage something from getting off the ground.

Like attorney’s say, “Anything you say in writing can and will be used against you in court.”

Technology can be so easy and addicting that we might be more impulsive and reckless in what we say than we ordinarily would.

So what’s your stance?

Ultimately, you will have to make a personal decision about the role you want social media to play in your dating life after contemplating these (and other) pros and cons.

We are positioning ourselves for loss of human connection and social skill adequacy by relying on technology for our socialization if we’re not careful.

However, by exercising boundaries and good judgment, social media could actually enhance our lives and dating opportunities if used in the right way.

You’ll want to do your due diligence when researching various social networking sites to ensure they market to love and friendship instead of a sexual hookup-based aim if finding a long-term relationship is your modus operandi.

And in the dating world, it will be important to avoid becoming dependent on one particular dating platform to meet your needs. Spread yourself around to a variety of different venues so you have more reach, visibility and opportunities.

What has your experience been like with social media and dating? What are some of your favorite platforms that are truly relationship-minded?

Should I Stay, or Should I Go?

What Can I Expect From My First Gay Boyfriend?