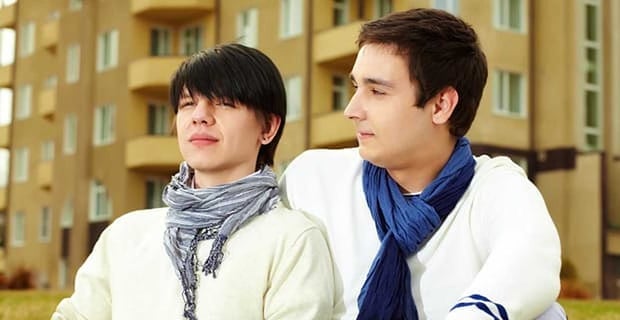 He’s Just Not That Into You

This phrase was eloquently used in an episode of “Sex and the City.” Just replace Carrie, Charlotte, Miranda and (the quite marvelous) Samantha with some gay men and you’ve got exactly the same setup in the gay world.

There will always be the one who will continually whine about things, the one with extremely high standards who has difficulty in finding a match, the cynical one that feels relationships are a novelty and a distraction from career goals, and the one that wants to have one sexual adventure after another.

Deny it all you want, we can all identify with some elements of each archetype. And whichever one we identify with, we will all at some point fall for someone who’s just not that into us.

How do you know if he’s just not that into you? To be honest, if you have to ask the question, then it’s possible he just isn’t.

I have lots of clients that come to me for dating coaching, and it’s very common for them to feel they’re reading the signals all wrong.

Here are the top five warning signs to help you to identify if he’s not that into you.

1. You do all the calling and chasing.

When you do speak to him, he’ll come up with a reason why he’s not contacted you. (I’m sorry, but even if his dog was on life support, he could have dropped you an email in the week following the operation.)

“If you’re consistently let down, then it’s

possible you have a Mr. I’m Not That Into You.”

When you meet up with him, he doesn’t maintain eye contact, his body language is closed, and he’s distracted easily. He’s unwilling to offer much information about himself.

3. He consistently lets you down at the last minute.

The list of reasons is long and superficially plausible, but the frequency with which he lets you down never seems to diminish.

He’ll be passionate in bed but leaves shortly afterward, and you won’t hear from him until you call him again.

5. He never invites you along.

He shoots down your social plans to do things with your friends and never invites you to do anything with his friends.

This list can go on and on — even the writers of “Sex and the City” published a book with the same title. Mr. I’m Not That Into You comes in a variety of guises, but all are basically the same. Mr. Flake, Mr. Player, Mr. Taken, Mr. Booty Call — the list is unlimited.

If you’re consistently let down or feel put upon and out in the cold, then it’s possible you have a Mr. I’m Not That Into You.

If you begin to find yourself wondering just how into you he really is, then the answer is almost definitely “not enough.” Move on to someone who will appreciate you and will give you the appropriate dating rewards you deserve.

Rewriting the Rules of “He’s Just Not That Into You”

How to Know the Man You’re Interested in is Gay