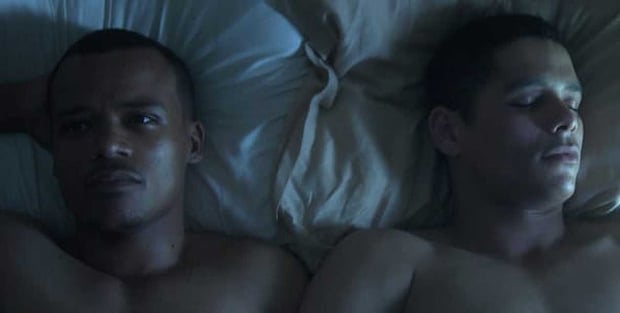 5 Obvious Signs That He’s Not Over His Ex

Nothing can be more frustrating than finally finding a guy you feel want to settle down with — only to not be able to shake this nagging suspicion that your beau is still pining for or thinking about his ex-boyfriend.

While you can understand that he has a past, you also would hope that he wouldn’t be distracted by those old flames who broke his heart and would instead be excited and driven by the prospect of a healthier and more fulfilling relationship — with you!

So how can you tell if your guy is fixated on a past love that could potentially interfere with what you’re trying to develop with him?

Here are some tell-tale signs that might snag your antenna.

1. He consistently brings up his ex

Whenever having discussions of any kind, your guy seems to have a knack for ingratiating his ex into the talk, whether it’s to use him as an example, to reminisce about the glory days, to bash him or to toot his horn.

Regardless of whether the tone of his inclusion is positive or negative, it still shows that the ex carries some degree of meaning (that may be unconscious to your partner).

The key here is that this behavior tends to be repetitive, patterned and consistent, or sometimes the opposite, his not talking about his ex at all, could be an indicator.

2. He still has his ex filed away in his cell phone or email

The inability to let go could also be reflected in his continuing to store his ex’s contact number in his phone or address book. Even if he doesn’t contact him any longer, the symbolism of his not being able to delete this information could carry some meaning.

The inability to let go could be reflected in his continuing to store his ex’s contact number in his phone.

The same could be said for his holding on to gifts, photos or love letters from his ex that he keeps out in the open and handles frequently.

3. He calls out his ex’s name during sex

Perhaps this is a bit dramatic, but a consistent pattern of feeling your boyfriend is not fully present during intimacy can be a signal. Or are sexual difficulties starting creeping into the bedroom?

While he may certainly be distracted for any other host of reasons, when some of these other variables are present, this could be a possibility.

This doesn’t necessarily mean he’s fantasizing about having sex with his ex. It could be representative of his going through an adjustment in being intimate with someone other than the man he was last comfortable with — his ex.

4. He spends all his time with his ex

While many gay men seem to have the ability to maintain platonic friendships with their ex-partners, when you begin to see an imbalance in the amount of time he’s spending with him versus you, this could be a clue.

Which relationship does he seem to be devoting more energy toward? If you experience a push/pull dynamic in your relationship where you feel your boyfriend is attentive one minute and distant the next, this could also be indicative of his having unresolved feelings for his ex.

5. He tracks his ex’s every movement

If your boyfriend seems to keep tabs on his ex’s life with determination and excessive curiosity, this could be a sign of unfinished business.

Trolling his ex’s posts on social media or asking friends about what the ex is up to on a regular basis would be examples to substantiate this possibility.

What can you do about the situation?

1. Allow your partner some time to grieve the loss of his prior relationship.

Everyone needs time, at their own pace and in their own way, to adjust to a breakup. His distractibility may have nothing to do with how good he feels about being with you now.

2. Avoid letting paranoia sabotage a good thing that you have going.

Avoid making assumptions and take a realistic appraisal of yourself to ensure that you are not projecting your own issues into this situation or that you may not be struggling with jealousy that could potentially be clouding your view of what’s happening.

Take a realistic appraisal of yourself to ensure that you are not projecting your own issues.

Focus your energies on eliminating these emotional barriers, as well as looking for your role in any contributions to the relationship problems.

3. Communicate your concerns with your partner in a non-judgmental way.

Use lots of “I feel” statements, validate how meaningful this relationship is to you and point out discrepancies (use factual examples and evidence) in your partner’s behavior (not him as a person!) that lead you to have questions.

“Help me understand” and “How can I help?” can be good questions. Don’t be afraid to ask for what you need and collaborate on how to make your relationship feel more secure.

It can be helpful to sort things out with a couple’s counselor or coach as well.

What are some other signs that you have experienced? How did you go about coping with this dilemma?

Should I Get Back with My Ex?

6 Ways to Win an Ex Back

Should I Stay, or Should I Go?