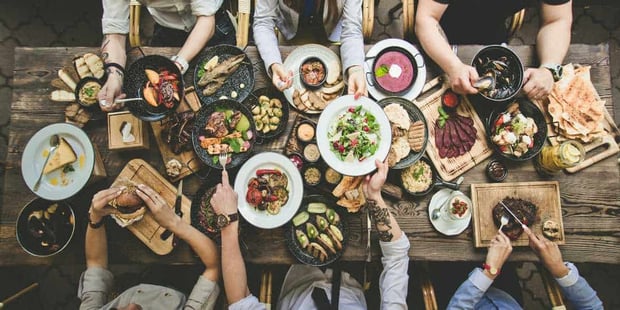 Does Your Lesbian Girlfriend Drink Too Much?

Let’s admit it — we enjoy drinking. That might mean a night out at a lesbian bar, an afternoon T-dance, catching a first friday lesbian happy hour event in your city or that backyard barbecue with your posse.

Drinking plays a big role in many lesbian scenes.

But let’s also admit that sometimes drinking has created a problem or two or 20 in our relationships. That was my history in my last relationship. Alcohol became a problem. Well, really it was always a problem. It just took me a while to see it.

So our own lives tell us that lesbians like to party. Right, you know that, but research shows lesbians tend to have more problems with alcohol than straight women. That’s not a surprise either.

So here’s my question for you:

Are you dating a woman who has a problem with alcohol?

Do you even know what to look for? Are you willing to admit it? Are you struggling with a woman who drinks too much because you love her so much?

In my personal experience, I dated a woman off and on for many years who was an alcoholic. I didn’t understand what was happening, in part because of my own drinking but also because I grew up in an alcoholic family. I was used to alcoholic behavior and didn’t know anything different.

My parents both drank a lot and could get really angry when drunk. When my girlfriend did the same thing, I didn’t know it was alcoholism for a long time. I just thought she should stop acting like an ass and cut back on her drinking.

The problem was she couldn’t stop drinking, and she didn’t want to stop drinking. She’d rather fight, break things, get DUIs and blame it on other people than stop.

What I didn’t understand was that she couldn’t stop drinking and be happy. She would stop, and then she’d be miserable. She’d drink and be miserable, too, but when she drank, she really made my life insane.

We’d have the most crazy fights that never made any sense and that couldn’t be resolved. Again, I didn’t understand it was the alcohol.

I did know that I was always the one who needed to drive whenever we went out, and I drank so much less than she did. I was fine with that. I also knew that once she started drinking, the evening was pretty much going to end badly.

It took me a while to learn that her getting drunk also meant the next day was going to be pretty ugly, too. She’d be hungover, maybe even throwing up all day, and she’d be impossible to please. She would also let me know that her feeling terrible was my fault.

I can say that I always knew her feeling miserable after a night of drinking wasn’t my fault, but there wasn’t any way to get her to stop ragging on me about how bad her hangovers were.

She’d often apologize two days later about the insane fights and her being a bitch, but it was still my fault that she treated me so badly. Again, I didn’t believe that stuff, but I still stuck around because I loved her so much.

Here’s the problem with dating a lesbian with a drinking problem:

Lesbians who use alcohol to excess are impossible to get along with, will treat you badly consistently, won’t really feel bad about how they treat you, will put themselves and you in debt, will make you crazy trying to make them happy and are generally impossible to deal with.

Alcohol makes people dumb! The smartest lesbians get downright stupid when they drink too much.

How can you tell if she has a drinking problem?

There are lots of signs:

There are lots of signs that a woman is drinking too much, and unfortunately it makes having a great relationship impossible.

But you may still be in this relationship and loving her, so what can you do?

Many relationships end because of problems connected to alcohol. Not being able to get along is often the result of too much alcohol and something you may have to come to terms with in your relationship.

When you understand the signs, you may decide to get out sooner than later. You may decide not to date someone at all because of her alcohol use. Ultimately, only you can take care of you and you can’t fix that other woman.

So take this as a small public service announcement: Many lesbians have a problem with alcohol. You can’t fix your alcoholic girlfriend, and it will definitely affect your relationship.

Get educated about alcohol abuse and take care of you!

Holiday Shopping for Lesbians Who are Dating