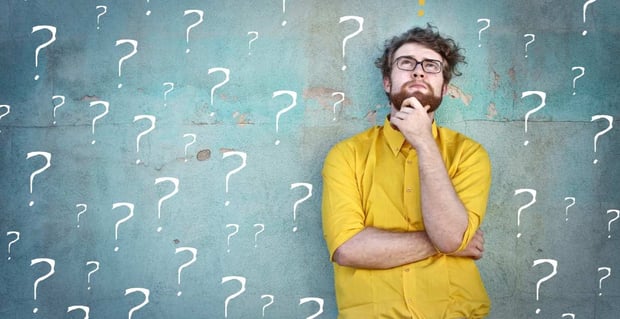 How Long Will He Wait for Sex?

As a man who has been writing about dating for almost a decade, I’ve witnessed how intensified the process of meeting and mating has become. Things are changing at a rapid fire pace.

What has stayed the same, unfortunately, are a series of misnomers and untruths that impede a person’s ability to find what they’re looking for.

Let’s start with the tried and true:

“If he’s the right guy, he’ll wait” myth. This, of course, refers to the ongoing debate over how long someone should wait before sleeping with someone they’re dating.

I do agree if a man is genuinely interested in a woman, he will try to be patient as she prepares herself to enter into a physical relationship. But there are two caveats that never get mentioned and are almost always left out of the equation.

First, the man will need to know the woman is sincere. Like women, men have a concern about being used and tossed aside, too. Only in their case, they’re concerned it’s their wallet and time that will be taken for granted.

If a woman prefers to wait however long in order to get to know a man before sleeping with him, then she needs to be proactive in demonstrating that she does indeed care for him.

Men need to see the women they’re dating both appreciate and are attracted to him.

Words aren’t enough. This is a call to action situation. Plan a date, offer to pay a tab, send him sweet thank you texts after dates, etc.

A man is only going to wait for so long.

There is a window to how long he will allow things to progress without things escalating beyond simple petting. The harsh truth is few people (men and women both) will commit without having sex first.

Many of the people who would commit before having sex are the ones who we would routinely reject. Yeah, I know. You’re about to type an angry comment down there.

The reason why that bit of insight is upsetting to many is because it’s often intentionally omitted. The reality is both people need to bring certain things to the table in order for there to be mutual compatibility.

It’s not just about the man courting the woman.

It works both ways. I think sometimes many women forget that because so much dating advice is geared toward pandering toward outdated ideas about sex and gender roles.

Women are positioned as something to be bought or won, as though we were an item or piece of property.

If you read between the lines of most dating advice on this subject, the idea of expressing our sexuality is often subversively (or sometimes out rightly) condemned. If we don’t wait to have sex, then we are devaluing ourselves. We can’t win!

What needs to be considered when deciding when you should or shouldn’t have sex is there are two people involved with this decision.

Taking the time to acknowledge the other person’s concerns and needs as well as your own will ultimately help you make the right decision for both of you.

How Long Should You Wait Before Having Sex?

How Does Safe Sex Work in Open Relationships?

When Should Couples Begin Having Sex? [Video]

The Difference Between Men’s and Women’s Sexuality [Video]

8 Ways to Fix a Sexless Relationship