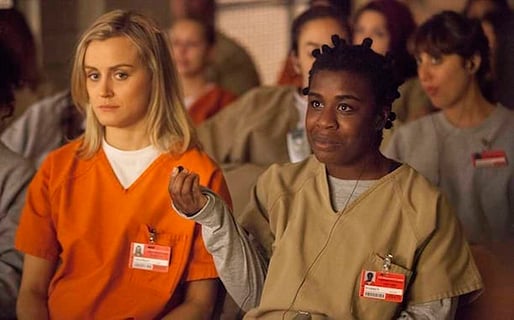 Any lesbian single who has been dating for any length of time has one or more horror stories to share.

Whether they be dates in person or online connections, these situations have gone from being bad to being absolutely bizarre, weird, crazy and horrible. Sometimes you realize the clues were there all along, and sometimes you’re totally caught off guard.

Here are the 10 worst lesbian dating horror stories of all time:

When I first came out, I used online dating to connect with women, like many of us do. In no time at all, I connected with a local woman who had four pictures up on the site.

She showed up and, as is often the case, was 50 pounds heavier than her pictures, which it turned out were at least 10 years old. I’m not sure what fantasy women are telling themselves who post pictures that are so out of date that you don’t recognize her when you meet. Don’t do that.

Now that’s not the horror story.

We met a second time, supposedly just as friends, but she shows up with a present. I open it to find a teeny tiny white negligee inside, which she says I should put on so we can play house. That is the horror story.

9. You Better Have Sex with Me!

I met another woman online who is (for real) a big time lawyer from New York City and wanted me to spend a weekend with her in the city — and bring my daughter. Bring my daughter? No way.

A friend suggested that I ask her to meet in Boston, so if things went badly, I could easily escape back to Maine. That’s exactly what I did.

The weekend arrives, and I realize I’m not attracted to her. However, I’m someone who likes to give attraction time to grow, so we spend the day walking around Cambridge and Harvard and then go out to dinner.

She orders the most expensive wine on the menu, proceeds to pretty much down the bottle and then orders another. She starts yelling at me in the restaurant. I’m supposed to have sex with her, and I’m being stubborn and resistant.

We finally get the bill and get outside where she starts screaming at me as we walk to the hotel.

Then I remembered the reason I met her in Boston was just in case things went bad. As soon as I could get away from her, I packed my bag, left her a note on the desk and left.

As I’m going over the Tobin Bridge in Boston, she called. I didn’t answer. I never spoke to her again. She left a message to say she was sorry but she was IN LOVE WITH ME. Yikes! Can you say red flag?

Oh, the date where the gorgeous lesbian shows up and then proceeds to get completely obliterated. She throws up and then passes out, so now you’re stuck paying for her drinks and taking her home.

Yeah, that’s a really bad date, and it’s a real sign the woman has a problem with alcohol. Walk away quickly!

How about the women on dating sites who throw hissy fits when you don’t respond to them or respond fast enough? I had a woman go off on me via a dating site email. It was so weird.

She sent me an email that was really odd. I responded back to say I wished her luck but I wasn’t interested in dating her. Then she just went crazy on me, sending multiple threatening emails. It was so bizarre.

You don’t have to tell me twice to block her.

6. She Follows You Home and Begs to Sleep with You!

How about the date who follows you home and asks to spend the night with you? My friend’s plan was to never see a woman she’d had a first date with again, and then there she was at the front door.

That’s weird and could make a lesbian downright scared. My friend slammed the door in her face and told her not to come back or she’d call the cops.

The woman finally left and fortunately was never heard from again.

5. She Stalking You and You Haven’t Even Met!

We’ve all heard about this or have experienced it ourselves:

A woman sends you a friend request on Facebook. You see that she knows a couple of your friends, so you accept even though you don’t know her.

You see she posted on her page that she’s met the woman she’s going to marry … here we go again with the red flags.

Block her from all your social platforms. Let’s hope she hasn’t Googled your phone number, which will tell her your address, or figured out where you live based on your posts. Good luck!

She finds a reason to get verbally abusive to each and every individual you come into contact with during a date. The waiter, ticket seller and other customers at the restaurant or bar are all game for her own unique brand of abusive behavior.

She doesn’t target you with her verbal abuse — she’s just giving you a big show. Wow, step away and leave quickly!

3. The Blind Date with Your Friend’s Friend

Honestly, I’ve told all my friends to stop trying to match me up. I’ve had blind dates with women who just sat there and cried or spent the evening telling me how horrible their lives were.

They go on and on about how they have a mentally ill adult child who is sucking the life out of them, or they proceed to tell me how they hate kids — and I have two.

These are miserable women and miserable dates. No one got a second date! And my friends got a mouth full of “STOP IT” from me.

Lesbian Land is like a small trailer park. It’s a small, small world, and frequently your date has been dating the same woman as you. The worst is when her ex is your ex!

Imagine your newly minted date invites you to a party at her house. You arrive and she says, “Hey! Let me introduce you to my ex.” You turn to see your ex — the same woman. Ouch!

I remember it took me years to get over my first ex, and I’d stare every time I saw her anywhere. Yeah, that’s bad manners, but I couldn’t help myself. Plus we lived in the same neighborhood for years after we broke up.

I’m better now about exes. Phew! I hope you are, too.

This happens. I know women who have done this — wait, I think I’ve done it, too.

I had a friend who said yes to staying the night. Her date picked her up and said they were going to meet some friends for a few drinks. A few drinks turned into a lot of drinks.

My friend wasn’t a big drinker, so after a couple of hours, it got to be pretty boring (because when you’re sober, drunk people really aren’t that interesting). So the date is now drunk and is supposed to be driving, and my friend is stuck with her for the night.

I bet you’ve got a lesbian dating horror story or two that would make the hair on the back of my neck stand up. I’d love to have you share it here in the comments section below.

What to Bring and Not Bring on Your First Trip