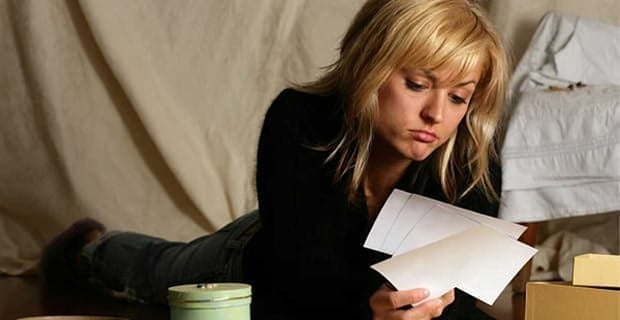 So She’s Not Over Her Ex Yet – Is It Worth Sticking Around?

Probably every single lesbian has experienced this at least once in her life. Either you couldn’t move on or you are dating a woman who can’t move on from her ex.

If you’re the lesbian who is dating a woman who hasn’t let go of her old lover, it can be confusing and discouraging. It also can make you feel very angry and insecure.

You want connection and commitment, but you’re dating someone who isn’t totally open to committing to you.

For now, let’s call her Deb.

Deb might think finding someone new is the best fix. Deb also might have friends telling her just that – get in bed with another woman and you’ll feel so much better.

Jumping into bed doesn’t usually fix a woman who can’t let go of her ex, and it starts to raise the stakes of the relationship for you.

Sex can be something that deepens intimacy and creates a strong connection, especially between two women, but even that can’t always break the hold of an old lover.

Deb might believe it’s impossible to let go. She can’t imagine not loving her ex forever. Deb also could desperately want to stop feeling the pain of her breakup, so she’s diving into a new relationship long before she’s healed and ready.

We’ve all gone through this, but eventually most of us move on. We realize it’s over and our hearts heal. Soon we discover we can love again.

If you keep dating Deb hoping things will change, you’re making a major dating mistake. Hoping someone will eventually change is a huge dating red flag. They most often do not change.

“Either put up with it or

decide she isn’t worth it.”

What does that mean about this situation?

Deb is really saying she’s not available for commitment and intimacy. She’s pinning it on her ex, saying she still cares for her ex, but honestly if they get back together, the chances it will work are miniscule.

Plus it’s hugely lacking in integrity to date one woman to help you get over another. That’s a big yuck in my book.

Too many women are willing to date almost anyone who is close enough to what they want, so they accept a woman who is clearly not over her ex and eventually have a mess on their hands.

This is information you can find out within the first date or two. A lesbian who isn’t over her ex will always spill the beans fast. She’ll start talking about her ex and won’t be able to stop.

There’s also the big red flag of how long has she been single. If it’s just been a few weeks, watch out. That’s a big mess coming at you.

Some women take many months or even years to get over past relationships and let go of hoping they’ll get that woman back.

It doesn’t mean they are evil and conniving women. It means they won’t be available to fully love you.

You’ve got a choice.

It’s simple but not easy.

Should You Stay Friends with an Ex-Girlfriend?

My Lesbian Love is Always Talking About Her Ex

Dating Lesbians and Coming Out Stories