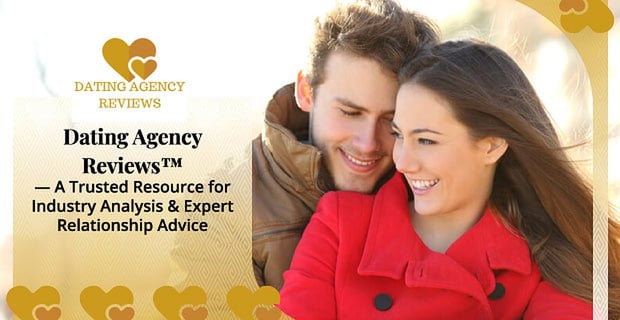 The Short Version: When Brits are ready to invest in finding the love of their lives, it can still be a challenge to decide which dating agency is worth their money. That’s why many log on to Dating Agency Reviews for an in-depth look at what each has to offer. Dating Coach and Dating Expert James Preece has researched, interviewed, and worked with the top dating agencies in the UK and provides reviews and opinions on the best services. He also gives solid advice for singles who are ready to find success in love.

A few years ago, Dating Coach and Dating Expert James Preece began to notice that his coaching clients were considering signing up with dating agencies — but had no idea where to start. As someone who had been in the dating and relationship industry for years, James had worked with many agencies as a consultant — and he realized he could share that expertise with his clients.

“They didn’t really know how a dating agency worked, which one to choose, how much they cost, which were the best, or if they were a scam,” he said. “So, I created a site with free advice for professional singles to find information on agencies and what they can do.”

At first, James recommended some of the top UK agencies that he had worked with personally. Then other agencies started contacting him for inclusion on his list. So he began interviewing lead matchmakers and learning about the inner workings and philosophies that set each agency apart.

The result was Dating Agency Reviews, a platform that offers a wide range of dating advice, reviews of the best dating agencies in the UK, and information on James’ coaching services and best-selling dating books.

James’ expertise is in high demand by both British singles and new agencies interested in expanding their reach in the industry. He said he often works with a new agency for up to 18 months before adding them to the site to ensure he’s suggesting the best of the best.

“People come to me, and they say, ‘James, I don’t have a clue which dating site to choose.’ They go on Google and they see a long list of them,” he said. “People don’t realize that some of these companies are just different versions of each other. I help them understand the value of these agencies.”

James’ site doesn’t have a complete list of every dating agency in the United Kingdom — and that’s very much on purpose, he said.

“There are so many companies that you shouldn’t put your trust in. They’ll try to scam you, and I want to ensure people stay clear of them,” he said. “While I don’t say bad things about agencies, I would never recommend them. If I haven’t recommended them, they probably aren’t very good.”

As you scroll through the dating agency reviews on his page, you’ll see why his advice is so highly regarded. Each agency featured on the website has an in-depth review that begins with an overall look at the company. He explains who runs it, whether it’s won any awards over the years, how long it has been in business, and what is included in a membership.

Dating Agency Reviews rates each service on a five-star scale in five areas.

At the bottom of each review, the agency is ranked on a five-star scale on its performance in five areas: customer service, price and value, features, number of members, and reputation.

Sometimes, the review also has a special offer for a reduced rate just by mentioning James.

“These agencies often have a big client list, and large offices with many matching pros, and they’re headhunting 24/7,” he said. “They’re out there doing the work for you all the time. That’s why they’re so expensive because they offer a long-term, positive solution that really does work. Often, dating is like finding a needle in a haystack, but agencies work because people join them when they get serious about dating.”

Some of the dating agencies featured on DatingAgencyReviews.co.uk also benefit from James’ expertise as a dating coach. One-on-one sessions with James are often included in the membership package.

“I’m their dating coach, and they use me as part of their package because date-coaching is an important part of the process. When someone joins a dating agency, it can be expensive, so it’s important to have plenty of support along the way,” he said. “So a lot of these companies use my dating coach services to help their members have better success on the dates they go on.”

Of course, many clients go directly to James to work on positioning themselves for success in the dating world. Most of his clients live in the UK and are, primarily, successful professionals in their 40s and 50s. Often, James’ clients find themselves back in the dating world after a divorce or have tried online dating without success.

“These are people who own companies are very busy with what they do, so they often don’t have time for normal dating.” — Dating Coach and Dating Expert James Preece on his clients

It takes a healthy mindset and, sometimes, a team of professionals to help connect singles with someone who is a compatible partner. Many people benefit from coaching, not only because of the hiatus they’ve taken from the dating world but also because they don’t have a lot of time to be searching for the right person. So when the right person is sitting in front of them, they need to be ready.

“These are people who own companies or are very busy with what they do, so they often don’t have time for normal dating,” he said. “They need help finding their life partner — someone who has equal values and interesting goals.”

Every user who logs on to James’ website receives his expert dating guide, entitled “How to Choose a Dating Agency,” free of charge. The book helps singles figure out which agency is the best for their needs, as well as what questions they should ask matchmakers when they decide to go in for a consultation. It advises daters on how to avoid the scams and ensure that the matchmaker is working as hard as possible to find them a match who will impress them.

In addition to the book, James’ blog also offers plenty of free advice. It is filled with relevant dating tips to keep in mind while you’re setting up a date so it can live up to its potential. For example, one guide speaks to the virtues of meeting your date at a simple coffee shop.

“It provides the three basic elements of a first date: Affordability, intimacy, and, lastly, security,” James advised on the blog.

The Dating Agency Reviews blog offers practical advice and tips for going out on dates.

Another post delves further into issues that come up when you’re dating long-term and suggests actions readers can take to save a relationship that’s on the rocks.

“You may be surprised how many relationships fall apart simply because the couple didn’t spend enough time together. In this day and age, everything is so busy,” the post reads. “You’re likely struggling to balance work and family. You have to really make time for each other. You can do this by scheduling events in specific time frames or simply picking a random day of the week.”

James Preece Stays Up On Trends Through Dating Agency Reviews

James decided to start Dating Agency Reviews to help his clients understand dating agencies and avoid being scammed. In the upcoming months, James plans to continue conducting interviews and adding more agencies to his website. It helps that many of them approach him in search of advice.

And the biggest advice he offers agencies is to let matchmakers stick to matchmaking and allow dating coaches to worry about the rest.

“People might get embarrassed to talk to the matchmaker about their problems. It’s better to use a dating coach as an intermediary to discuss all the things you are embarrassed to tell them about — like if you’ve got a mental block or don’t do very well on dates,” he said. “It really works having both sides helping the people.”

Through his coaching, James said he’s hoping to transform the future of dating by reminding people how to develop an old-fashioned romance.

“I want to ensure dating is going in the right direction. It’s not about casual hookups; it’s about long-term meaningful relationships,” he said. “I want people to remember the things we used to do 20 to 30 years ago, like speaking on the telephone, giving people a chance, picking people from our social circles, and not being afraid to approach people. I like to think we can move toward the future by going back to the past.”