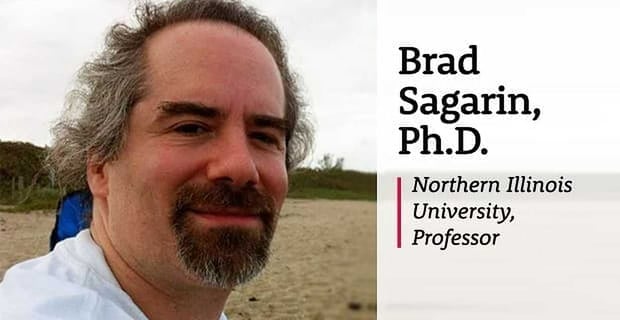 He may have a background in computer science, but Dr. Brad Sagarin knows a thing or two about bondage, dominance, sadism and masochism.

I spoke with Sagarin to discuss his most popular study to date and the impact it’s making on this “Fifty Shades of Grey”-obsessed world.

Surveys were conducted and saliva samples were gathered before and after the scene to measure the participants’ levels of cortisol, a hormone that is released in response to stress.

According to Sagarin, perhaps the most important  finding was that couples displayed acts of caring before, during and after the scenes, which he said shows that these often intense activities happen within a positive relationship context.

“These activities are not happening where someone is walking into a room with a whip, smacking someone else with it and walking out,” he said. “There is continued feedback going on so both can check in and make sure they’re having a good time, and when the scene is over, couples would typically sit quietly, would cuddle, would talk. This process that is often called ‘after care’ is an important part of reconnecting after these activities.”

Putting accurate information out there