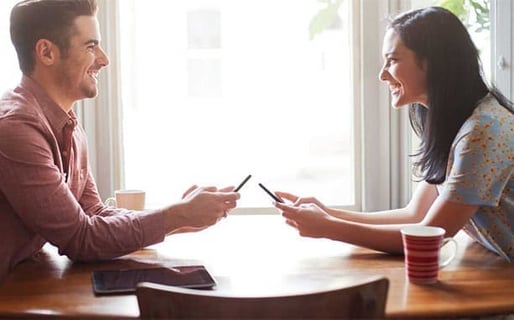 Over the past two decades, the inception of the World Wide Web has brought additional obstacles to the world of dating. It used to be that you waited ever so patiently for that next date with your girlfriend. Now, you can virtually watch her every move via Facebook, YouTube, email, Google searches, iChat, Skype, etc.

Always remember that you are her boyfriend and not her dad. Say some photos pop up on Facebook from her best friend’s bachelorette party and you’re disappointed to see your girlfriend smoking a celebratory cigar. Let it go.

Say more photos are uploaded showing your girlfriend in a buddy-buddy photo with her ex-boyfriend. Again, let it go. If you’re confident in your relationship, then you shouldn’t be worried about these sorts of things.

One thing that is a serious no-no is for your girlfriend to be uploading sexy videos of herself on YouTube or any other social network. This includes stripper pole tutorials and bikini modeling. Unless you were already aware you were dating an exotic dancer, your girlfriend should keep that sexy, intimate part of herself private.

Say your girlfriend is one of those obnoxious oversharers. This means that anytime she’s at a restaurant, bar, store, or on vacation, she feels the need to check in on Facebook.

For you, a guy who doesn’t want everyone to know everything about him, this is getting really annoying. Talk to your girlfriend and tell her how you feel. I think it’s a good thing to be on the same page when it comes to online oversharing.

The Internet adds a new dimension to dating. Sometimes it can make you feel that nothing about life is private anymore.

Pick your battles when it comes to your girlfriend’s online usage. Don’t sweat the small stuff, but keep an open line of communication about the things that really bother you.

Will Cyber Jealousy Ruin Your Relationship?