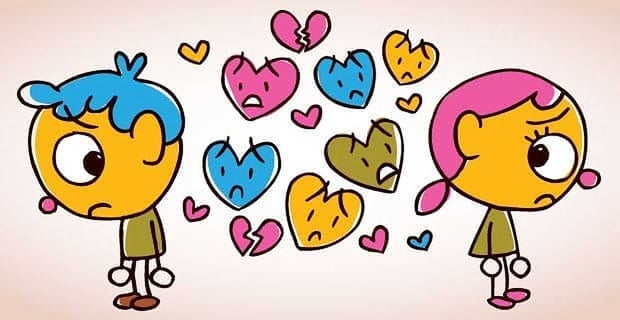 Is it Ever OK to Lie to Your Girlfriend?

We view it as a cancer, an element from the dark side or a treacherous evil that gnaws away at the trust and decency that binds a couple together. Lying is not something that is considered to be good for a relationship. But is that always the case? Is honesty always the best policy for a happy and functional relationship?

I don’t pretend to have the definitive answer, but I will try to render some insight and context into the discussion.

If it wasn’t wrong when you did it, do you tell the truth now?

The first thing your girlfriend always wants to know when you start getting serious is how many sexual partners you have had. So, you used to be Mr. One-Night Stand and dragged a different one out of a nightclub nearly every weekend in your heyday. You had no commitment to anybody, and nobody got hurt.

But now your life revolves around this one girl you can’t live without. You’ve always been faithful to her, and your days as a ladies man are far behind you. Do you have to confess to sleeping with 99 women?

The truth is, your girlfriend probably had more sex in the three years with her live-in ex-boyfriend than you’ve had in your life. You’ve had more partners and less sex. She’s had more sex and fewer partners. Sounds pretty even to me.

Still, try to tell the truth. “Oh, it might be in the double digits, not sure.” She thinks it might be single digits, and you think it could be triple digits. It’s not a lie.

If she presses for a number, tell her there was a time in college when you were getting lucky pretty often but you never really kept track. It was a long time ago. If you haven’t been too active for a while or recently had a long-term relationship, you tell can her, “There were a few back in the day but just three in the last two years.”

Of course, you can tell her the truth and risk souring the relationship. If you know the real number and tell her what it is, that “42” will come back to haunt you in a lot of future conversations, and it will never be gone from her mind.

Every time a lotto ball comes up with that number or she gets 42 cents in change at the drug store, she will think about it. You might think of the number as no big deal, but you will never convince her of that.

“Holding back some of the truth to save

feelings may be acceptable in many instances.”

There are times that “little white lies” can be the difference between a wonderful life for all or misery and heartache. Sometimes keeping life normal and together has to win out over keeping it real.

When a small child proudly shows you her coloring book with red crayon scrawled all over the page, don’t you tell her how wonderful it is? So, if you can’t really say that lying is never OK, where do we draw the line? That is your call, and it won’t be the same for everybody.

Honesty is important in a relationship, but you might have a spouse or girlfriend who gets jealous unreasonably when you travel with a certain co-worker. Perhaps she will make life unbearable for the whole night if she knows you were at the bar with Jake, who she can’t stand.

Tranquility and functionality are also important to a relationship. Sometimes you have to choose between honesty and peace.

“Does this dress make me look fat, honey?” Well, honestly she looks like a beach ball in a carnival tent. Still, you can truthfully answer, “No, dear, it most certainly does not.” The part you say silently in your mind afterwards is, “It’s those 15 cheeseburgers you eat every week that make you look fat. The dress has nothing to do with it.”

It’s called “mental reservation,” and they even taught it in Sunday school as a way to avoid lying. You simply reserve a portion of the answer in your mind. It’s the truth and nothing but the truth — just not the whole truth. But it’s really not a lie.

We can never really get to the bottom of this discussion. Every situation is different, every relationship is different, and every person’s moral compass is a little different, too. The best advice is not to do something you might have to lie about.

Bad actions covered up by bad lies are beating a path to destruction, and often the cover-up is worse than the crime. Cheating is a form of deceit all by itself, and it makes your whole relationship a lie. If you try to cover up one lie with another, things will eventually fall apart at the seams.

Ancient history and things that happened before you met her might be a different matter. Holding back some of the truth to save feelings and keep a happy home may be acceptable in many instances, too. In the end, only you can decide where to draw the line between good lies and damned lies.

2 Ways for Men to Find Love in the Fall

Do You Have Trouble Keeping it Up?