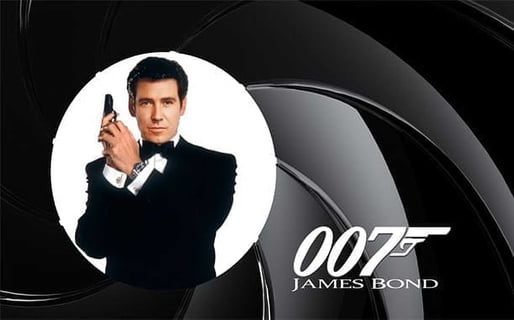 How to Bond with Your Girlfriend

While growing up, fairy tales can give us a distorted view of relationships. The prince and the princess leave the ball or hop into their magic pumpkin and ride away into the sunset. That’s the end, the credits roll, and we never find out if Cinderella and her prince root for the same sports team.

Sorry Prince Charming, but the difficult part of a relationship isn’t getting the girl — it’s what to do once you’re there. Bonding through activities is a great way to keep a relationship healthy. Here are a few tips on keeping up with your Cinderella, even if her hobby of choice is serenading woodland creatures.

Sometimes girls do boring things. A lot. It’s OK if you’re not enthused about something from the get-go, but don’t let your expectations sour your attitude.

Have you ever gardened before? It’s super soothing. I’ve worked out some major life stuff while re-potting hydrangeas. One of those little shovels and a bag of Miracle Grow is cheap therapy. Plus, at the end you’re left with pretty plants instead of a vague sense of humiliation about telling another human being about the weird thing you’re mom used to do.

The point being, I found a cool new hobby in something I didn’t think I would like, since I generally hate being outside. Don’t let a fear of judgment stop you from giving a new activity an honest shot.

At worst, you’ve shown your girlfriend you can handle an uncomfortable situation with a good attitude, which is a major sign of maturity. Who knows, you might end up tickling roots way longer than your relationship tickles your fancy.

2. Don’t lie about having a good time.

So you tried gardening, it wasn’t so bad and now your backyard looks way less like the set of “Animal House.” Good on you for giving it an honest try. Say your girlfriend is into something like collecting turtle tchotchkes, but turtles freak you out because you think they look like little judgmental old men (because they do).

If you’re really uncomfortable or really can’t get into something, speak up. Your girlfriend doesn’t want to feel like she’s keeping you prisoner.

Don’t run screaming out of the store, but let her know you’re going to respectfully decline participating in this activity. Especially if you’ve given something an honest try, it’s understandable that not everything is going to stick.

3. Sometimes you just have to Tabula Rasa.

If turtle collecting is your lady’s only interest, sometimes it’s a good idea to forge your own hobby together. This will ensure that it’s something you both enjoy, and learning a new skill together can be a major bonding experience.

Try something like rock climbing, or train for a marathon and set reasonable goals for yourselves. Reaching them together is a great self-esteem boost. Plus, there are the physical benefits from the extra exercise.

If athletics really isn’t your thing, pick something you’re both into. Read novels, play a collaborative video game, take improve classes. Whatever it is, make sure you’re both on board.

It’s great to have a hobby that’s something you share so no one feels like the novice or is stuck carrying around the other’s turtles.

How to Maintain the Upper Hand in a Relationship