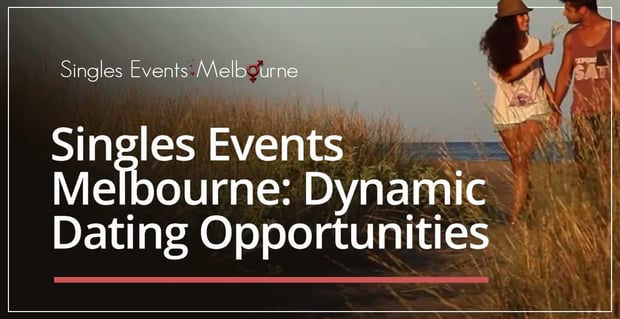 The Short Version: Since 2014, Singles Events Melbourne has brought people together by organizing speed dating nights, brewery tours, and other fun social activities in Victoria. Single men and women have flocked to these events and taken the opportunity to network in an engaging and date-friendly environment. During the coronavirus pandemic, the Singles Events Melbourne team has gone entirely digital and hosted virtual speed dating, cooking classes, and game nights through video livestreaming.

As a 20-something single, Tommy became a fan of speed dating because of its straightforward and efficient format. He told us attending speed dating events gave him a less daunting way to strike up a conversation with single women, and it saved him from the frustration of hunting for dates at bars and clubs in Melbourne.

The only downside was the price of admission. Tommy saw local speed dating companies charging as much as $90 for a speed dating ticket, and he didn’t have the budget to pay such prices week after week.

So, in 2014, Tommy decided to fill a need in the local dating scene by starting his own speed dating company. He founded Singles Events Melbourne to give singles the opportunity to meet one another without paying an arm and a leg.

Singles Events Melbourne can help local daters connect with one another.

Tommy is hands-on when organizing events, and he takes pride in putting his members first and making sure they have everything they need to enjoy an active and successful dating life.

“I feel I bring heart and compassion into the fold,” Tommy said. “I’m in charge of the company and oversee everything as opposed to being a massive corporation that fixates on stats and sales. I’m old school, and one of the last of my kind.”

Singles Events Melbourne has gotten attention with its creative events and affordable prices, and it has become one of the leading speed dating companies in Victoria. Throughout 2020, Tommy and his team have worked hard to adapt to the new normal by organizing virtual events that can deliver real-life dating opportunities to singles at home.

Singles Events Melbourne has successfully marketed its events to single adults of all ages and from all walks of life. The team has themed events geared toward young adults, middle-aged daters, and seniors, and such a setting encourages folks to pick up age-appropriate dates.

The events tend to be slightly more popular among single women in Melbourne. Tommy told us the typical gender makeup is about 60% women and 40% men.

Singles Events Melbourne has spent years perfecting its speed dating events to encourage real-life romances between local daters. Attendees typically go on 12-16 mini dates during the course of the evening. They have a match card where they can check yes or no on each person — think of it as old-school swiping — and they’ll receive an email the next day with their match results.

The hosts only facilitate the exchange of contact information between attendees who have both checked yes on each other.

Tommy is an experienced speed dating host, and he can answer any questions that arise as singles go through this fast-paced process.

In addition to speed dating events, Singles Events Melbourne also coordinates general parties, tours, and meetups to bring singles out of their shell in a more casual setting. Its events can range from 10-person Beer & Cider Tours at a local brewery to holiday parties that have up to 500 attendees.

Of course, during the coronavirus pandemic, Singles Events Melbourne has been unable to host such large gatherings, so the team has focused on virtual events to bring singles together safely.

Tommy has hosted many interactive events online, including Games Night, as a solution for singles wondering how they’re going to meet new people during the pandemic. Games Night was a substitution for the extremely popular Singles Trivia Night, which is going to start up again soon. Whether it’s through virtual speed dating, games nights, or cooking classes, Singles Events Melbourne has given locals something to look forward to while they adjust to the new normal of social distancing.

Singles Events Melbourne has inspired a lot of laughter and conversations over the years, and it has even seen some couples fall in love and get into serious relationships. The speed dating company has shared testimonials from real people who had a real good time at the events.

“I’ve been to many events hosted by Singles Events Melbourne and have always enjoyed myself,” said Ralph B., who describes himself as a shy single. “I have attended speed dating events hosted by other companies, and none of them compares to the professionalism and customer service provided by Singles Events Melbourne. Tommy provides a service that is safe, purposeful, and reasonably priced.”

During the coronavirus pandemic, positive reviews have continued to pour in from singles who appreciate the chance to mingle and flirt at virtual events.

“Heaps of fun with a good bunch of people,” Jane said in her review. “The virtual games nights have been great during lockdown in Victoria. Highly recommend!”

“Love this new virtual platform,” said Nick V. “I didn’t even need to leave the house to meet so many great singles. Such a fun night and really pleased with the service.”

Attending a virtual event can be an easy way to spark a new friendship or relationship.

Some couples have also reached out to Tommy privately months or years after they attended an event to say they’ve gotten engaged, married, or started families because of Singles Events Melbourne. Inspiring such love stories are Tommy’s ultimate goal, and he is constantly coming up with ideas to help singles create meaningful connections.

“Our events are more creative, and we care about our members’ experience with us,” Tommy said. “That is why we quickly became the leading singles events company in Victoria.”

Tommy has made a name for himself as a speed dating expert in Melbourne, and he has created a platform where he can send a positive message to singles looking for a love connection. His online speed dating talk show Tommy Talk addresses the common concerns and questions singles have about dating.

In an upcoming episode, Tommy said he’s going to interview Emily and Nick, a couple who met through Singles Events Melbourne and are currently expecting their second child. Their success story shows what’s possible and how life can change after a single event.

Singles Events Melbourne is a Reliable Wingman to Locals

Tommy attended his first speed dating event years ago and immediately saw the value of targeted in-person networking. He got into the business of organizing events in 2014 to improve the speed dating experience for singles like himself, and he has now hosted hundreds of engaging events throughout Victoria.

Singles Events Melbourne has given local singles the chance to explore the dating scene and form new romantic connections without having to prowl through bars and clubs.

As the owner and director of Singles Events Melbourne, Tommy said he aims to provide helpful and trustworthy services that can make a difference in a person’s love life. Whether he’s hosting a live event or a virtual meetup, Tommy sets high standards for his company and maintains a good reputation in the Melbourne area.

“I care about our members, our brand, and our image,” Tommy said. “I was once in their shoes, so I know what it means to put your heart in someone else’s hands.”