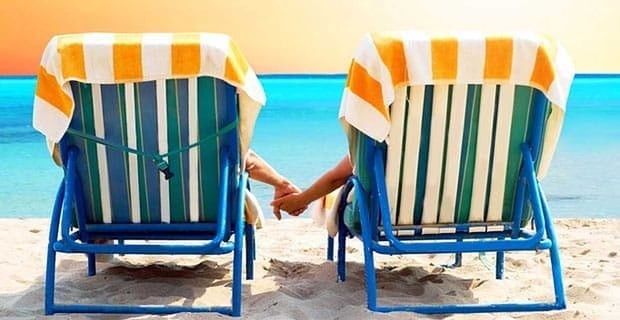 It’s no surprise that Miss Travel has ignited a firestorm of attention and criticism since it first launched, with opponents labeling the site as little more than a thinly disguised form of prostitution.

Is there truth to this charge, or are Miss Travel’s intentions simply misunderstood?

Miss Travel is hardly the only online dating platform that revolves around connecting wealthy males with women looking for some sort of compensation for their time. The founder of Miss Travel is a middle-aged entrepreneur named Brandon Wade, the man who previously created the online dating websites Seeking Arrangement and Seeking Millionaires, both of which also revolve around monetarily-oriented matchmaking.

Wade argues he created all of his websites to do nothing more than help men like himself (a self-described “nerd”) meet beautiful women, so they can develop their social skills and confidence. Wade defends his websites by arguing that sex is not part of the monetary exchange and any user who tries to pay extra to sleep with their date will find themselves immediately removed from the site. Wade argues that his website is simply open and honest about what he considers to be the biological factors driving male/female relationships and that his honest approach allows both men and women to get what they truly desire from their relationships.

And to his credit, Wade comes off extremely sincere in all of his interviews and media appearances. He doesn’t have the air of a sleazeball or a pimp or a scam artist. He argues plainly and passionately for his perspective and for the validity of the service he believes he is offering both men and women.

Yet just because Miss Travel isn’t the brainchild of some amoral opportunist, does that mean Miss travel is as positive and universally helpful as its founder claims?

The uproar over Miss Travel is absurd at first glance. If someone doesn’t want to join the site, they don’t have to. Miss Travel clearly doesn’t meaningfully impact 99.99 percent of its detractors, so why are they up in arms about it?

Because Miss Travel lays bare an element of many male/female relationships that we don’t like to acknowledge. Many male/female relationships are transactional in nature. From my perspective, there’s little difference between a couple matching up on Miss Travel, Seeking Arrangement or Seeking Millionaire and the average couple that sticks together because of the “biological” reasons Brandon Wade believes so fervently in. I am not a wealthy man, and neither are most of my friends, but I have seen countless relationships (and marriages) form and survive for primarily economic reasons. We all have female friends that have picked a guy they aren’t interested in because he is financially successful, and we all have male friends who have selected his woman based solely on how she looks.

Do I think this sort of connection is positive? Personally, it doesn’t appeal to me. If I was interested in transactional relationships dependent on my own wealth, I would never have decided to become a writer!

Do I see the appeal, for both men and women? Absolutely. If you don’t let the details (wealthy world travel) blind you, it’s easy to realize just how often these sorts of pairings really occur in all of our day-to-day lives. And I’d bet good money that every single one of the site’s detractors have engaged in their own smaller-scale form of transactional relationship at some point in their life.

What Men Need to Know Before Joining a Dating Site